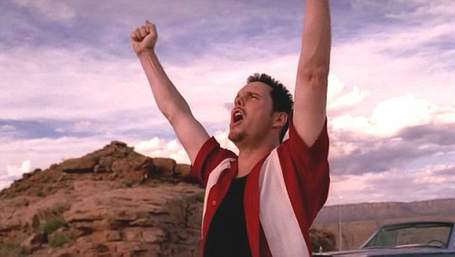 This road trip is turning out to be a very positive thing as the Heat are maturing as a team before our eyes.  While offensively different players are stepping up and producing as needed, the team as a whole is making every effort to improve on D.  This was their 2nd straight win in a city facing freezing temperatures, and are now 3-2 on their franchise long 7-game road trip.

It didn’t take long for starting center Joel Anthony to get into foul trouble (about half the 1st quarter), which brought in the Heat’s small lineup, putting Haslem at center and Beasley at the 4.  Beasley would have another great game, scoring 21 points while taking only 11 shots (8-for-11).  If his confidence keeps growing, there is no way to tell how high the rookie’s star can rise.

Despite having an ‘off’ shooting night, going only 5-for-20 from the field, D-Wade continues to have great games back in his college town of Milwaukee.  The former Marquette superstar found other ways to help the team, dropping 13 dimes on the Bucks, and adding 2 steals.  One sour note, this was the 2nd straight game Wade was at the foul line with the chance to make it a 2 possession game with under 15 seconds left, but could only convert on 1 of 2 free throws. 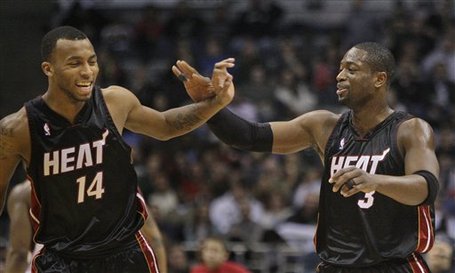 Daequan Cook came out smokin’ hot.  He made his first 6 three-point attempts in route to a 24-point effort.  Almost as big as his deadly shooting were the free throws he sank with 6 seconds left.  They put the Heat back up by 3, when a miss would have put them in a position to possibly lose.

Mario Chalmers started on Wednesday, but that’s about all he did.  A term I am hearing a lot is ‘hitting the rookie wall’, and while I have been hesitant to give in, it appears that time has come.  His 9 minutes and 3 turnovers led to a total benching in the 2nd half.  While I’m sure he will continue to start, his diminishing production may get him lost in the ‘rotation wars’.

The Heat were shooting the lights out from beyond the arc in the 1st half, going 8-for-8 to start the game.  They would quickly cool off, missing their last 7.  This may be due to the fact that just 15 seconds after going 6-for-6 from 3, Daequan was taken out.  It was confusing, especially because it seemed that Chris Quinn was out there way too much.  I think a combo of Wade at the 1 and Cook at the 2 would have been much more efficient.  I realize we won the game, but there are always things a team can work and improve on.

Shawn Marion had another great game, and sealed it up with a huge block on Richard Jefferson with 21.3 seconds left.  He also had 2 offensive boards that came off of missed Heat free throws.  He finished with 16 points and 11 boards…and you gotta love his defense.

For the second straight game, the Heat won the free throw battle.  They went 18-24 from the line, while holding the Bucks to only 14 attempts (10-for-14).

Heat centers played a total of 31 minutes and went 2-for-2 for 4 points.  Did you see Joel Anthony’s jumper?  Not too shabby… 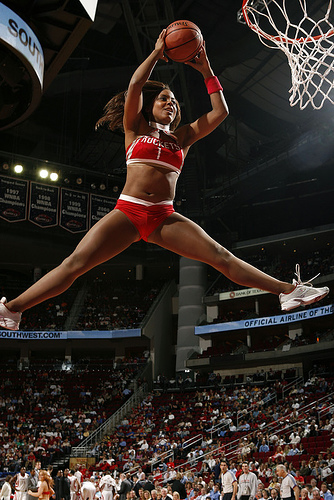 She still isn't as tall as Yao

Down to (somewhat) cooler temperatures, the Heat head to the land of the Big-12 to play the Houston Rockets and Oklahoma City Thunder this weekend.  Should be a fun and exciting way to end this intriguing road trip.