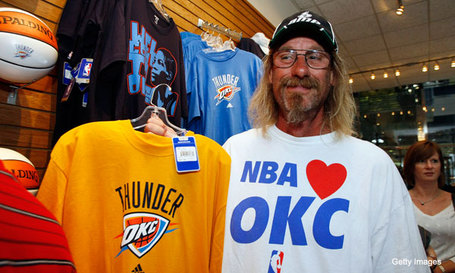 This one matches my hair...

The Heat will look to bounce back from a tough loss in Houston last night when they try to drown out the Thunder in Oklahoma City.  The Thunder are 4-4 in their last 8 but could easily be 5-3 or 6-2, as a few of those game got away from OkC late.  Their recent ‘surge’ has gotten coach Scott Brooks in ‘trouble’ as their winning is effecting the amount of lottery balls they’ll get in this years draft.

Yao Ming was perfect from the field (12-for-12) and Rafer Alston added 22 points for the Rockets who beat a tired-looking Heat team 93-86.  The Heat tried to contain Yao with double teams but he still scored 10 points in the first 8 minutes of the game.  D-Wade got off to a slow start in the 1st half but still finished with 29 points and 9 assists.  Mario Chalmers played most of the game, but I don’t think many, including Mario, noticed.  He took only 4 shots in his 34 minutes, didn’t make any, but he didn’t turn the ball over.

WHO TO WATCH vs. OkC

Kevin Durant…remember him?  Despite hearing very little-to-nothing about the sophomore all season, he is still having a great year.  He is learning to be more ‘clutch’, needing to figure out how to close games after 3 tough close loses in the past couple weeks, 2 of which were in OT.  He has missed 3 of 4 ‘game on the line’ shots in the past month, and has been committing too many turnovers for Coach Brooks’ liking.  He has 24 turnovers in his last 4 games.

Jeff Green can slash his way through the pain and still step back and hit the 3.  He has a double double in 17 of his last 18 games, but is pegged as an inconsistent rebounder.  He is a decent defender, but some games can come out with the defense-first mindset.  He usually gets 2-3 blocks in those ‘defensive’ games. 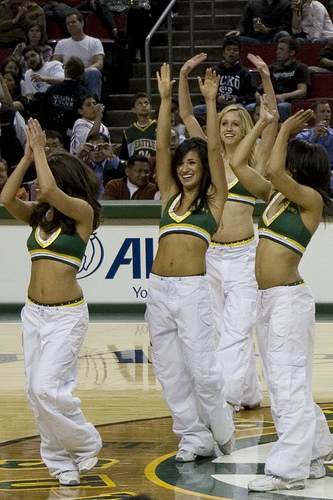 Do the Sonics girls still wear the parachute pants?

Another hot rookie the Heat will face is Russell Westbrook.  After scoring at least 10 points in 15 straight games, he was held to only 5 points on 2-for-10 shooting in their last game, a loss to Detroit.  Still, the point guard has been racking up the assists and gets to the free throw line fairly often.  He doesn’t take many 3’s, but makes up for it with his 1.5 steals a game.

The Thunder have been great from the charity stripe in January, shooting over 83% as a team.  Toronto leads the league on the season, making 82.8% of their free throws.  This is being attributed to the ‘free throw’ game that Oklahoma City has been playing during practice.  2 shots per turn…for a swish you get 2 points, a make you get 1 point, and a miss gets no points.

After looking very ‘tired’ during the game against Houston despite having 2 days off, I think a healthy rotation and proper efforts from our ‘key’ players will imperative.  I don’t think we can expect Cook to go 3-for-12 (1-for-7 from 3) 2 games in a row.  The same can be said for Beasley, who started settling for jumpers against the Rockets, which didn’t allow him the open looks that he has been getting recently when defenders are respecting his driving ability.

Talk coming out of the Heat-Rockets game was that of the Heat and Toronto Raptors talking about a possible deal that would send Shawn Marion (and hopefully Marcus Banks and his salary) to the Raptors for Jermaine O’Neal.  For more info on the trade-talk, here is a HOT READ from the Miami Herald. 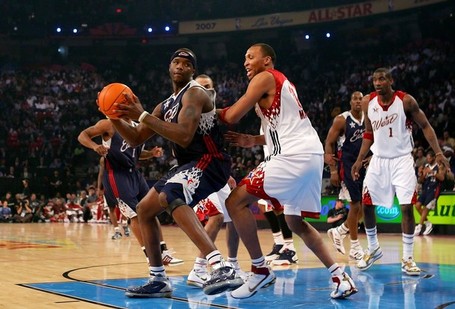 There WILL be a game thread for the Heat-Thunder game, and I should be back in town in time to see the game.  Let’s end the trip on a positive note.  LETS GO HEAT!