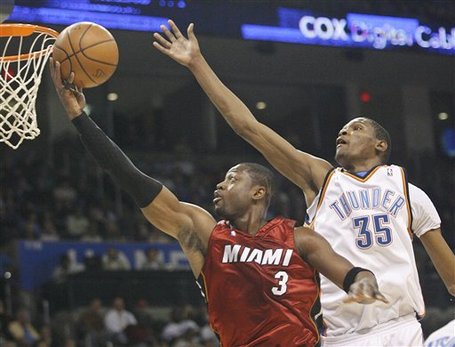 The Heat are finally heading home. Well, by the time that you read this, they will be home. And they have to be feeling good after beating Oklahoma City 104-94 and finishing their 7 game road trip winning 3 of the last 4. While they are obviously not one of the ‘elite’ teams of the NBA, I think its now safe to say that the Heat are a playoff team on the rise.

Tonight’s game wasn’t about stats or who was playing, it was about a team of guys that is beaten up and bruised, tired and ready to finally go home. Those guys put everything that was hurting aside and just played hard for 48 minutes.

"Everybody's tired, bumped up, bruised up," Haslem said. "We just had unbelievable mental focus tonight. We put all our individual bumps and bruises aside and everybody came together and we did what we had to do."

Dwayne Wade’s 32-point, 10 assist and 3-block night couldn’t have hurt though. His 4th quarter impressed me because he controlled the game, playing solid D and dishing out 4 assists. 2 of them were for open 3’s and one was a great look to Magloire for a dunk that made every Heat fan say YEA.

I think its safe to say Jamaal Magloire had his best game in a Heat uniform. His 13 points (on 5-of-8 shooting) are a HUGE number for a Heat center. I think he is still getting adjusted to playing more minutes, as tonight he looked more athletic and active then past games. I also loved that he went 3-for-4 from the foul line.

I don’t know if Mario Chalmers is coming back around, but the way he finished this game is a step in the right direction. He came in the game with 7:48 left in the 4th and made his 2 three pointers while playing great D on Russell Westbrook. He’ll have another challenge coming up on Wednesday when Rajon Rondo comes-a-calling.

Ok, so it could mean something…and it couldn’t, but here it is. Shawn Marion and Jermaine O’Neal were both held out of their respective games Sunday night. The reasons given were a groin for Marion and the Raptors said they wanted to rest O’Neil in order to play him tomorrow night in Atlanta. The Heat insist that Marion was held out for a legitimate groin injury, and Pat Riley even made a pre-game statement to dissuade us from buying into the trade hype.

You have just got to love Yakhouba Diawara. No matter what situation we throw this guy in, he is consistently providing great defense and hitting 3’s. Starting for Marion, he had 14 points and went 4-for-6 from 3.

I don’t see how you don’t hear more about Kevin Durant after what I saw from him Sunday. He had a solid line of 31 points, 6 rebounds and 5 assists, shooting 50% from the field and going 8-of-9 from the charity stripe. His back-to-back 3 pointers in the 4th were pretty clutch, but there just isn’t a strong enough supporting cast around him to support the emerging superstar.

Michael Beasley was limited to only 10 minutes because of untimely fouls. He also didn’t seem to have his shot working tonight, going 1-for-4 and just not looking his ‘silky smooth’ self.

This was the 3rd straight game that James Jones didn’t get himself into the game. His ‘comeback’ continues to happen very slowly as the Heat are more concerned with winning then working Jones into the rotation. The fact that the Heat have been playing every other night doesn’t help, as practice time in the gym is what will help Jones gel with his team.

The Heat picked up another half game on idle Detroit and are now only a half game behind the 5th place Pistons. They have also snuck up on Atlanta, only 1.5 games behind their division rival. 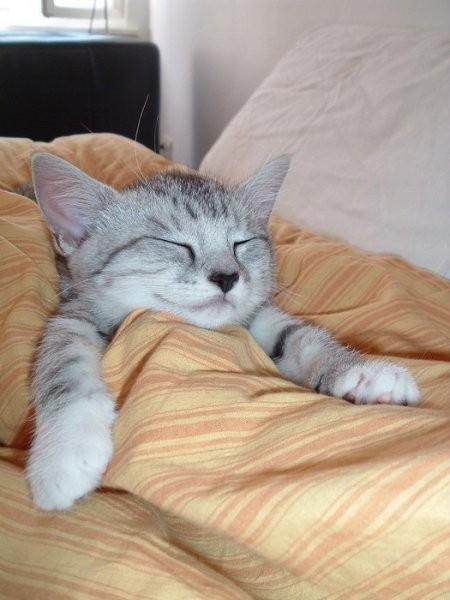 Rest. We'll get to the Celtics soon enough.