Another big home game for the Heat tonight when they look to gain some major ground in the standings against Atlanta.  The Hawks are coming off a tough home loss to Phoenix last night, and are having a rough 2009.  After a great 11-4 December, they are struggling in January going only 5-7, which has allowed to Heat to catch up in the standings. 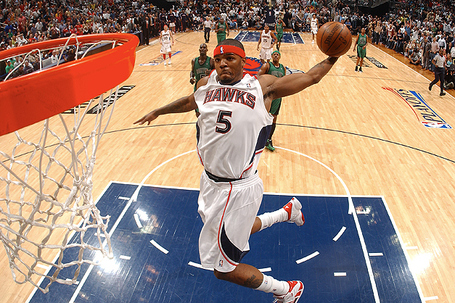 Josh Smith can be the Hawks most lethal weapon, but his consistency is still somewhat lacking.  Where the Heat have to watch out is when Smith is camping out around the top of the key/3 point arc area.  It’s from there that he will suddenly cut straight towards the basket, get a quick pass and jump from just inside the foul line to avoid contact and slam it home w/ his ‘Tayshaun" long arms.  Smith also has a decent shot, but there are some nights where he cant miss, and those are his ‘big’ nights.

Joe Johnson emerged early on this season as the Hawks go-to guy, but in January he has struggled and it shows in the team’s record.  He has been ice cold this month, shooting 34.7% from the field.  His struggles haven’t been for a lack of effort; he is averaging 17.2 field goal attempts per game (in Jan).

The biggest question on my mind is will Mario Chalmers have another solid game after finally ‘breaking out’ from his recent slump on Saturday night vs. Orlando.  But now Chalmers will face another elite point guard in Mike Bibby, who has been revamped since moving to Atlanta.

The Heat have the opportunity to gain 1.5 games on the Hawks in 24 hours after Atlanta lost at home to Phoenix last night.

Al Horford did not make the trip to Miami with his teammates and is still waiting to return from a knee injury that has kept him out since mid-January.

Miami is also coming off of a game in which they committed a franchise low 4 turnovers and got a supreme effort from all parts of the roster.  You can’t expect the same kind of game, but against the Hawks I think the ‘main guys’ for the Heat (D-Wade, Haslem, Chalmers, Beasley, Cook) will need to carry the load. 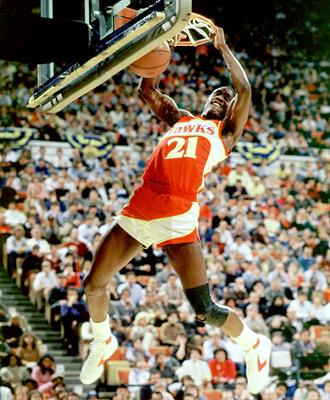 Also, in a game that will probably be lacking for ‘great’ defense, if the Heat can clamp down, even for 6-7 minutes at a time, they’ll be able to keep the slumping Hawks down.

The Hawks and Pistons both lost at home to Western Conference opponents last night, which means the Heat can gain valuable ground on both with a win tonight.  The Bucks took a big hit to their playoff hopes when they lost Michael Redd for the season with a torn ACL/MCL.  They host the Timberwolves tonight, and the Sixers and Nets are both on the road.

Hall of Famers give their support to Miami Heat's Alonzo Mourning.

Magloire more than a physical presence.

I'll open up a game thread in case anybody wants to come by and enjoy the game, but i won't be able to attend b/c I'll be at the game!  I will however be at Wednesday's thread, so come on by and say hey!