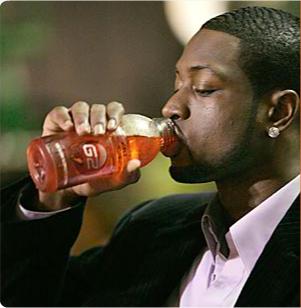 It was ugly at times, but overall it was another great team win for the Heat. Saturday night’s win over could prove to be a major turning point in the season. Dwayne Wade had his way with ’s defense last night, working his way in and around for some pretty lay-ups. His jumper was also on target tonight, and he had to shoot his free throws over the chants of ‘MVP’ from the AAA faithful.

It was all about the Heat’s defense in the 1st half, which set the tone for the whole game. held to a franchise low 27 points in the first half. They didn’t give up easy looks and were very active, swatting a season high 12 blocked shots. They also held the Hawks scoreless for a stretch of 13:25 in the first half, and during that time had 5 blocks and forced 10 turnovers.

It was their defense that had them off to a good start in November, and as a team still finding its identity, they are seeing that setting the tone defensively is a great way to grab victories. With so many ‘defensive specialists’ coming off the bench (Cook, Anthony, Quinn…..just kidding) the Heat can sustain themselves during the ‘cold shooting spells’. THINGS TO CONSIDER This was the 2nd straight game that the Heat used 11 players on their roster. While getting productivity from everyone, there is no reason to think the situational shuffle won’t continue. Jamaal Magloire took over the starting role for the Heat and played a great game. It was so nice to have a shot-altering presence in the paint on defense. He had 2 blocks and 6 rebounds, but also looked good on offense, scoring 6 points on 3-of-4 shooting. Mario Chalmers is getting back on track. He is still struggling a bit with his outside shooting; he hit a big 3 for the Heat late in the game and played his usual solid defense. He still has to work on not turning the ball over (he had 5 against the Hawks). Daequan got off to a slow start but hit some big 3’s in the 2nd half that kept the Heat in front. I love how confidant he is getting with his jumper…even if he is missing a few shots per game, you don’t make any of the shots you don’t take. I would rather him shooting 10+ times and hit 4 then Cook only taking 5-6 shots. For the 2nd straight game Mark Blount played some major minutes and was a factor in the game. I loved his defense and the way he is being very moderate on offense. At the beginning of the year he was just chucking up shots every time he touched the ball, but how he is only taking smart, open J’s. He finished with 8 points, 4 boards and 2 blocks. GAME NOTES The Heat are now 5 games over .500 for the 1st time this season.

Michael Beasley banged knees with Josh Smith in the 2nd quarter and didn’t return. The team is calling it a ‘bruised left knee’, and Beasley expects to play Wednesday vs. .

D-Wade sat out a lot of the 1st half after committing 2 quick fouls. He didn’t commit another for the rest of the game. Yakhouba Diawara had a rough game, going 2-for-7 from the field and only 1-for-5 from beyond the arc. The Heat moved to 5-2 without Shawn Marion in the lineup, but Diawara is far from being an adequate replacement. IN THE STANDINGS

The Heat's victory means they caught up with the Pistons in the standings and are now within striking distance for 4th place. It's amazing what a few wins at home can do for you. They are also pulling away from the rest of the pack, which is nice. 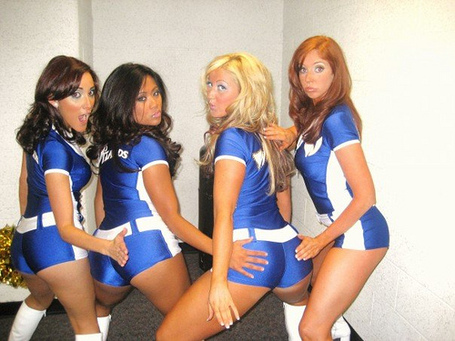 "How dare you interrupt us during Pilates"

A game that can be called a ‘trap’ game is coming up as the lowly Wizards come to town on Wednesday to face the hot Heat. The Wiz have lost 3 in a row and 10 of 12.