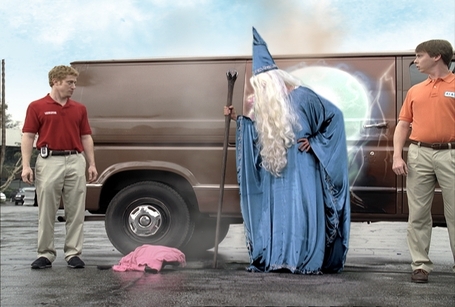 The Washington Wizards come to the AAA to face our high-flying Miami Heat team. The Heat are coming off two big home wins over division opponents, and looking to go 6 games above .500 for the first time this season.

WHO TO WATCH The Wizards have only 2 offensive players that contribute on any kind of a regular basis, so we’ll key in on them. Our old friend Caron Butler is playing his best basketball of the season, averaging 25.0ppg, 5.8 reb, 4.2 ast and 1.8 steals in his last 5 games. Inside/outside threat Antawn Jamison is averaging 24.0 ppg and just under 4 three point attempts in the last 5 games. Udonis is going to have to watch out for Jamison catching the ball up high and just putting it up.

Wiz center Andray Blatche will miss tonight’s game with a strained left knee that will keep him out 2-4 weeks. Rookie JaVale McGee will start in his place. McGee has done well in a reserved role and it will be interesting to see what he can do with the extended minutes. Here is what Shaq had to say about him after the Suns played the Wizards earlier this week.

I would think that the Heat will go with Jamaal Magloire at center for the 2nd straight game. Hopefully the Heat will be able to roll their lineup the way they have been the past couple games, but I’d like to see James Jones get a little more involved on the offense. Even if he misses a few threes, just get his feet wet. It’s going to have to happen soon or later, so why not sooner? KEY TO VICTORY The Heat just need to come out and successfully play their game. Getting scoring from all over the lineup is nice, but great team defense is even better. The Wizards are pretty far from being a ‘complete’ team since they can only rely on 2 players to provide any offense, so the Heat must take advantage of the many fast break opportunities they are bound to get.

All 6 of the listed teams are in action tonight. The Hawks are in New York to face the Knicks, and the Pistons are in Minnesota. Philly is at Houston, the Bucks are in Indiana and the Nets are hosting Toronto.