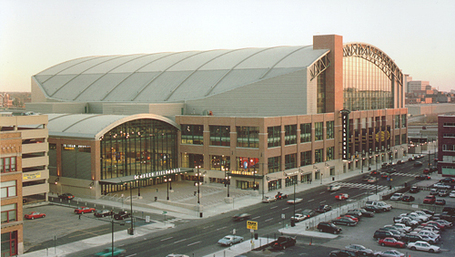 After ending a long losing streak to Orlando last weekend, then reeling off 2 more big home wins against Atlanta and Washington, the Heat have the chance to break a couple more streaks this weekend. Tonight we play in , where we have not won since 12/31/01. Saturday night we play Dallas, who we have not beaten in the regular season in 8-straight games.

WHO TO WATCH If he plays, Danny Granger will be a handful for the Heat. Granger was named to the Eastern Conference All-Star team on Wednesday, but was held out of the Pacers win over that night. He will be a game-time decision against the Heat. Granger is another high-percentage shooter who will take a few 3’s as well, but is a great defender who racks up the steals and blocks.

T.J. Ford has been on the tear for the past week. In his last four games he is averaging 22.7 ppg, but scoring is the only way he has been hurting opponents of late. He is sometimes criticized for his lack of assists and hustle stats, but the point guard just keeps on truckin’. He is another PG who rarely shoots 3’s, so Mario Chalmers better be ready to take him off the dribble and keep up with his quick first step.

The Heat will most likely roll their deep roster again tonight, as they have been their past few games without Shawn Marion. Whether or not Mark Blount plays is beyond my reach of wisdom…but I’d say that we’re due a good game from Yakhouba Diawara. Daequan has been getting more involved in the offense, taking double-digit field goal attempts in 7 of the last 9 games. Who will the COG (Center Of the Game) be? Wednesday it was Joel Anthony, with Magloire getting the honors the 2 games before that. As long as somebody is stepping up… KEY TO VICTORY It isn’t going to take anything special to beat the Pacers, but that doesn’t mean that it won't be a challenge. Simply put, the Heat need to ‘play their game’, meaning so long as we’re hustling on D, getting contributions from our bench players and the usual effort from our starters…then it should be no problem. Specifically, I'd say our back-court players will need to come up big on offense. The Pacers have some big men that can clog up the paint, so hitting our jumpers will be key. GAMES TO WATCH 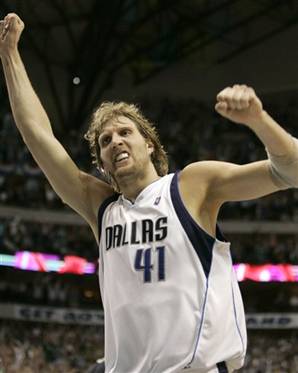 Here come Dirk, Jason Terry and the rest of the Mavs. Actually, it's more like just Dirk and Jason...