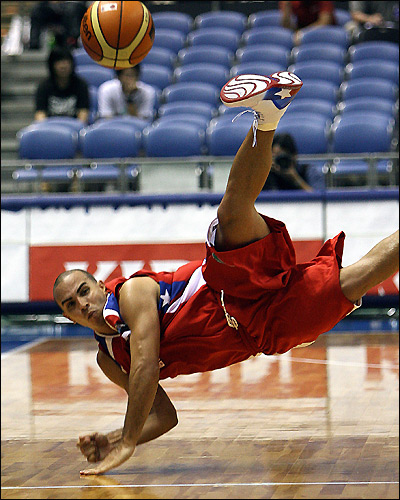 Arroyo entertains the fans by break dancing while playing the point

The Miami native and FIU alum has signed a 1-year $1.1 million deal (non guaranteed) with the Heat.  He gets his whole salary if he is still on the Heat roster on January 10th.

Even more interesting, he is now the highest paid point guard on the Heat's roster.  Makes you wonder if he'll in fact make it past that January 10th date unless he is a major contributor, as Pat Riley is all about saving money, and it's hard to imagine them taking a hit like that for depth and nothing more.

I think Heat fans will like Arroyo on the offensive side of the court, but he is hardly the defensive player that I'd have expected Miami to spend money on.

Thanks to kazam92 for his Fanshot!