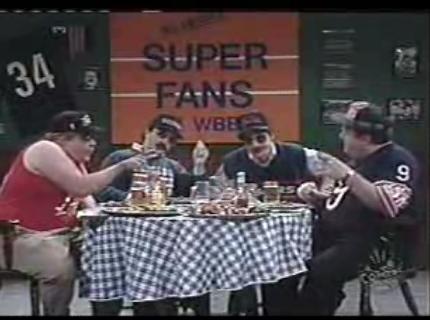 Sure, its been a whole lot of fun beating down the Knicks and ending the retched stinkin' streak in Indiana, but tonight will be the first real test for our Miami Heat.  Make no mistake, the Bulls are good.  They are a team that relies on their outside shooting more then anything else which should provide an adequate test for the perimeter D of the Heat, which in 2 games has looked damn good.

For me, the obvious matchup to watch is between the point guards, Mario Chalmers and Derrick Rose.  It could be because I've always been a big point guard fan since the days of Tim Hardaway, when I first became a Heat fan.  We know that Mario feels he fell way to far in the 2008 draft (31st overall for those of you who don't remember), and what a better way to prove that then to outplay the guy who went 1st overall.

Chalmers has always seemed to be fighting an uphill battle (if that makes sense), but so far he has done a good job running the offense, so much so that Erik Spoelstra has kept the ball in Chalmers hands during crucial points of the game.  In the past, it would always be Dwyane Wade carrying the ball up the floor during crunch time, but its nice to keep Wade free to run amuck; gives him many many more options, which is good for everyone.

It may also help Chalmers that Derrick Rose has been slowed by a sore right ankle and just played in back-to-back games.

Daequan Cook will hopefully be back to normal after being hindered by a sore shoulder.  He shot only 1-of-9 on Friday in Indiana.

We've talked a lot about Jermaine O'Neal's ridiculous start to the season, and the suspense is building to see if he can do it a 3rd straight game.  This time he'll go up against the very athletic Channing Crowder Joakim Noah, who is also 2-for-2 in the double double department, averaging 13 points/game and 2 blocks/game.

Dwyane Wade.  I couldn't just not mention his name.  Um...he's like, good.  Consistent. Oh yeah...remember the last time he played against the Bulls in Miami?