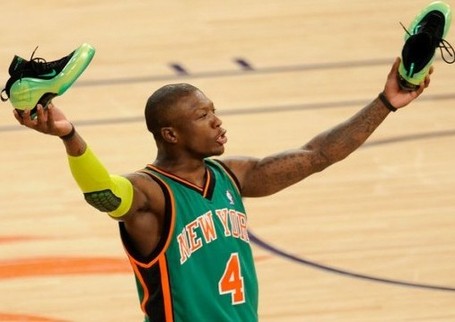 First off...Merry Christmas!!  Santa has delivered Heat fans the first NBA game of the day (out of 5....that's right, 5), noon tipoff against the Knicks.  While playing on December 25th has become fairly common for Miami, the Knicks haven't played on Christmas since beating Toronto in 2001.

The Heat have been amazingly inconsistent, so who knows what to expect today.  It doesn't help that New York is riding a 6-game winning streak at the Garden.  Also, Jermaine O'Neal is probably not going to play after tweaking his right groin just minutes into Wednesday night's game against Utah.  Another game with Joel Anthony getting 30 minutes...?  Could be interesting.

Noon tipoff on ESPN.  Have a GREAT day everyone!  GO HEAT!