Share All sharing options for: Mavericks Trample Heat Inside Our Home Barn 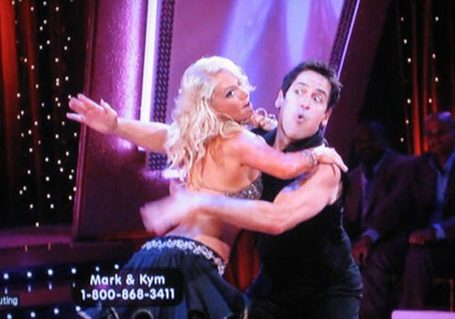 Another stinker, this time in front of our home crowd.  Tonight it wasn’t as much about the Heat playing poorly as it was about the Mavericks playing a great game.  Once Dallas got out to a double digit lead the Heat couldn’t get any flow going and their comeback attempts were futile.  I still can’t get a grasp on how the same Heat lineup can look so great on some nights and so poor on others.

One thing Dallas did all night that enabled them to score pretty much at will was constantly push the ball up court, which created defensive mis-matches for the Heat that the Mavs took advantage of.  Of course, shooting 60% from the field usually means you are going to win.  Overall it was a much better effort then the previous night for the Heat, but still not close to the great b-ball they had been playing leading up to this weekend.

Again no Shawn Marion in the lineup?  When do you begin to wonder how bad this groin injury is…?  At first he was a game-time decision every night, now he has been out for 2 weeks, and his absence has all but silenced the potential trade talks.

Daequan Cook is still struggling, and I think it’s due to his slow starts.  He is at his best when he just shoots naturally, but when he tries to force the issue his shots are very inaccurate, and he can be very wild when driving the lane.  When he lets the game come to him he seems to have a much easier time.

Its official…Udonis has lost his outside shooting touch.  Hopefully it’s only temporary, but for now it’s the truth.  He is still very productive but doesn’t have that deadly jumper he has every year until now.  Whether he gets it back or not will be a telling factor in seeing how long his career ends up going.

Last night Udonis’ double technical fouls gave him a season total of 4, tying him with D-Wade for the Heat team lead.  Wade quickly re-took the lead, getting called for his 5th T of the year last night.

Dirk Nowitzki had a ridiculously nasty game.  His 30 points are even more amazing because he got them on only 12-of-14 shooting.  If you count his 5-for-5 at the foul line, he only missed 2 of his 19 shots.

After giving up less then 80 points to the Hawks and the Wizards last week, they gave up 114 to Indiana on Friday and 111 to Dallas last night.

Michael Beasley again plays a solid game and gets a double double with 18 points and 10 boards.

Dwayne Wade led the Heat with 30 points and 6 turnovers, and had the team’s only block.  His 6 turnovers give him a 2-game total of 10, which is a compete contrast to his previous 3 games, in which he turned the ball over only 4 times.

Going into tonight’s game, the Heat had gone 14 straight home games without allowing their opponent to score 100 points.  Their record in those games is 10-4. 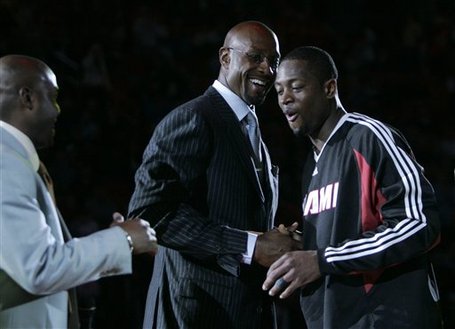 At halftime the Heat raised 3 new banners to the rafters of the AAA.  Tim Hardaway, Alonzo Mourning and Dwayne Wade were recognized for their Olympic gold medals, and each have a banner to signify the player and the year they won gold.  Tim and Zo both won in 2000 while D-Wade and the ‘redeem team’ won last summer.

The Bucks got a big home win over the Hawks, and the Knicks stayed hot, winning in Indiana.  The Sixers lost at home to the Nets, but New Jersey is still a game behind the Knicks.  Also, the idle Pistons picked up a half game on both the Hawks and Heat. 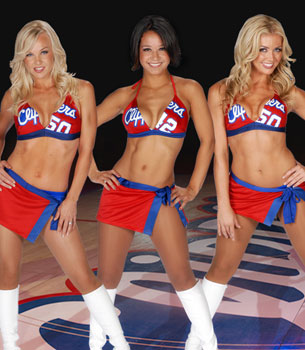 Here come the Clippers…and you can only assume the Heat will be looking for some sort of redemption after their loss in L.A. last November.