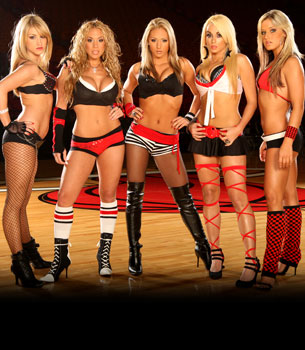 Welcome to our house...

We have seen the Heat play down to the level of their opponent time and time again this season, so we’ll see if the Heat can come out with a great competitive effort against the Nuggets tonight. Denver will be coming in very pissed off after being embarrassed in New Jersey on Saturday night, getting blown out by 44. With Daequan and Marion both back in the lineup, the Heat are close to full strength, but many players have been dealing with the flu over the past week.

Is anyone else worried that Carmelo Anthony is going to go off tonight? He has been on fire in his last 4 games, leading the Nuggets in scoring in each game, averaging 26.2 ppg, 5 assists/game, but only 5.5 rebounds/game, 1.5 below his season average. He is just as good driving the lane as he is shooting from the outside, and will step back and shoot the three a few times a game. We can’t give him too much room on the outside, but will need the backside defenders to be watching to help when Melo attacks. 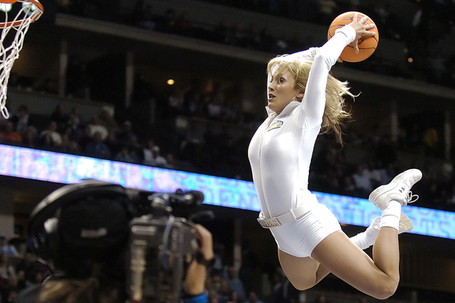 I believe i can flyyyy

Denver has won 3 straight games at the AAA; apparently they don’t care much for the Miami nightlife. The Nuggets also know this is a big game for them. Coming off a tough loss on Saturday, as soon as they finish playing the Heat they will head up to Orlando, a place they haven’t won since 3/10/1992, a streak of 15 games.

Dahntay Jones has used his great defense to secure himself a spot as Denver’s starting SG, and has been given the assignment of guarding D-Wade. He isn’t a big offensive player, but has been trying to take a bigger part over the last 3 games, taking 8.6 shots/game, almost double his season average.

Michael Beasley is coming off his least productive game in 2 weeks, but never has two poor games in a row, so I’d say the over/under for Beasley points is 15. And for fun, we’ll say 5 rebounds. Thoughts?

Miami has shown they can play with the best the NBA has to offer this season, and it all starts on defense. If the Heat can keep Denver to the outside and clog the passing lanes, it will throw Denver off their usual drive-n-dish game. Chauncey Billups is as good as point guards come and I’m quite anxious to see him matched up with our rookie stud Mario Chalmers.

Philly and Milwaukee both got big home wins last night against Western Conference opponents. The Sixers beat the Suns while Milwaukee beat the Rockets.