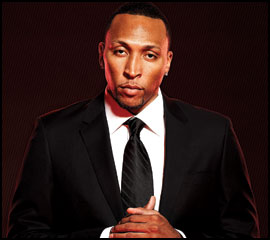 In a deal that was in the works for a couple weeks, the Heat and Raptors finally pulled the trigger on a move that could be one of the best Riley has made yet. Miami deals the expiring contract of Shawn Marion and the $4 million bench-filler Marcus Banks for a couple guys that will make an immediate impact. Center Jermaine O’Neal will become our starter effective yesterday, and Jamario Moon could very well start in the hole at SF.

I know many of you have been excited with the prospect of Michael Beasley starting at small forward, but that just isn’t going to happen. Coach Spo has been pretty adamant about wanting Beas to play PF, and I cant think he would want to stall the progress Beasley has been making at the 4.

Coach Erik Spoelstra has consistently said the team wants Michael Beasley to focus on power forward and maybe learn small forward in a couple of years. That leaves Daequan Cook, a shooting guard, Yakhouba Diawara, James Jones and maybe Dorell Wright, if he ever gets fully healthy, at small forward. 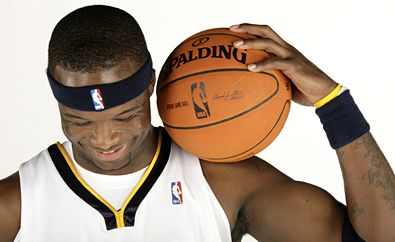 While O’Neal makes $23 million next season, it’s the last year of his contract. Assuming his knees hold up, it’s a cap hit the Heat can take in exchange for having a solid starting center, something they have majorly struggled without. More importantly, it gives the Heat more room to spend during the most talked about free agency period in sports history. If the Heat make a big move, we could be talking dynasty. I am a firm believer in D-Wade and that when he says he wants to stay in Miami, he means it. 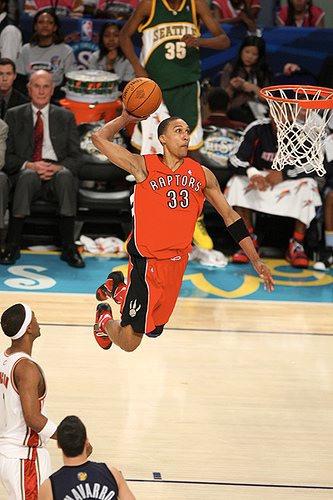 Jamario Moon is playing with an expiring contract, but gives the Heat an option to try and re-sign him depending on what their options are for next season. I am hoping that James Jones has something to say in those considerations. The Heat will probably be able to get Moon at a decent price; he is making $711,517 this year, so it’s safe to say we can sign him for under $1 million. He fits our mold as a good defensive player w/ active hands and a good work ethic. He is also pretty solid on offense, shooting 47% from the field. Mark my words Heat fans, you are going to like Jamario Moon.

Miami also acquires a conditional 1st round pick from the Raptors. After this season, the next time the Raptors avoid the lottery the Heat will get their 1st round pick. As it Pat isn’t flexing his muscle enough, here is more good news:

In addition, the Heat exits the deal with a $4 million trade exception. That means, for the next 12 months, the Heat can make a trade that brings in $4 million more in salary than it trades out. Or it simply, over the next year, could deal a future second-round pick for any player (or signed draft pick) in the league making that amount or less.

The move leaves a hole on the bench with Banks on the move, and it also gives the Heat a plethora of ‘big’ guys. With O’Neal starting, it moves Anthony and Magloire further down the bench, and we also have Mark Blount down here. Also keep in mind that when the Heat go small they will put Udonis at the 1. We’ll have to wait and see if the Heat bring in another PG and if there is an odd-man out between the big guys.