Dwayne Wade's 50 Get Wasted In Route By Magic

Share All sharing options for: Dwayne Wade's 50 Get Wasted In Route By Magic 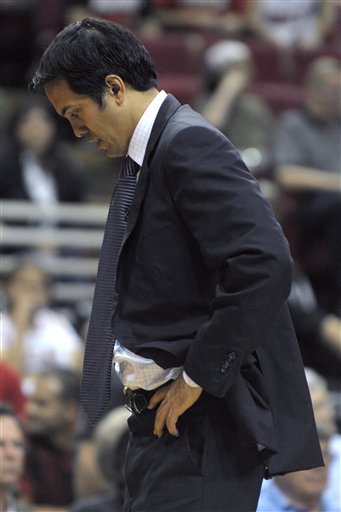 "Damn, where did I leave that Kryptonite?"

The Heat looked every part of the tired team on the back end of a back-to-back and got dominated from start to finish in Orlando.  However, with Detroit getting slammed by the Cavs, Miami losing doesn't hurt that bad.  We still gained 1.5 games on Philly this weekend, and didn't lose ground to anyone else. I'm sure the Heat will quickly look ahead to tomorrow nights game against the Pistons, well aware that its as big a game in the standings as the Sixers game was, and also aware of the Pistons being on a 6 game losing streak and in the midst of a 5-game road trip. 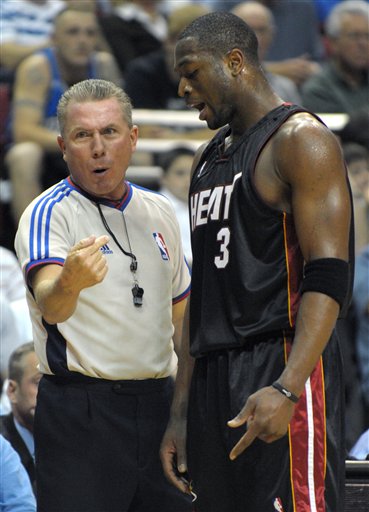 Tonight we got a taste of ‘on a mission' Wade, the same Wade we saw in the 2006 NBA Finals.  The guy who can do whatever he wants, whenever he wants against anybody.  I'm not 100% sure about leaving him in the game during a 20-point blowout late in the 4th, but I understand Wade wanting his 50.  And I'm also sure that he would be the first to point out that he went 14-of-15 from the line, which is big both for the percentage and for the amount of free throws.  The Heat need to get to the foul line much more, and Wade can lead by example.

He also only turned the ball over once.

More ownage on the glass; Miami was out-rebounded by 25.  Jermaine O'Neal followed up his great rebounding game against Sammy Dalembert with a 2 rebound in 25-minute nightmarish game against Dwight Howard.

Daequan Cook didn't attempt a shot against the Sixers on Saturday and didn't put up a shot until the 4th quarter last night.

Everybody who dressed for Miami played against Orlando, which usually happens when the game is a blowout from start to finish.  Jamaal Magloire and Mark Blount combined for 10 minutes, 2 points and no rebounds.

I understand having Diawara out there for defense...but I don't like seeing him put up three pointers like his name was Dae-Dae.  Until James Jones is back to form and able to take over the starting small forward job (we hope), I don't want to see anybody else taking 3's.  Once in a while is OK...but that's it.

I think Orlando has found an adequate replacement for Jameer Nelson in Rafer Alston.

Speaking of point guards, what is happening to Mario Chalmers?  Well, it not so much him as it is his shot.  He is still playing sound defense but can't seem to hit anything on offense.  We'll see how he does against the turbulent backcourt of the Pistons.

The Magic are yet another team to shoot over 50% against the Heat of late.  The only thing as impressive as their 54.7% from the field was their 53.1% from beyond the arc.

The Heat got rocked despite having a great day from the charity stripe shooting 19-for-20 (95%).

Udonis Haslem played 25 minutes...but only took 3 shots?  He worked hard on D and grabbed 8 boards but other then the 3 that came on the offensive glass, did nothing on that side of the floor.

Milwaukee was the only winner in the pool of playoff contenders on Sunday.  Miami, Detroit, Chicago and New York all lost.  Chicago is 1.5 games back of the Bucks now, and the Knicks are 2.5 back. 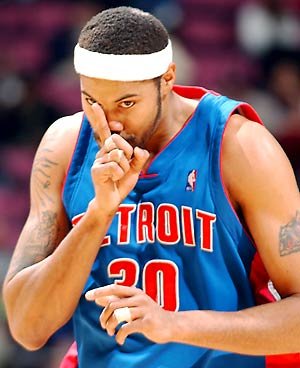 Detroit has lost 6 straight and are in danger of falling below .500 for the first time after the All-Star break since the 00-01 season.