Heat Get Necessary Win Over Clippers Before Heading to Mo-Town

Share All sharing options for: Heat Get Necessary Win Over Clippers Before Heading to Mo-Town 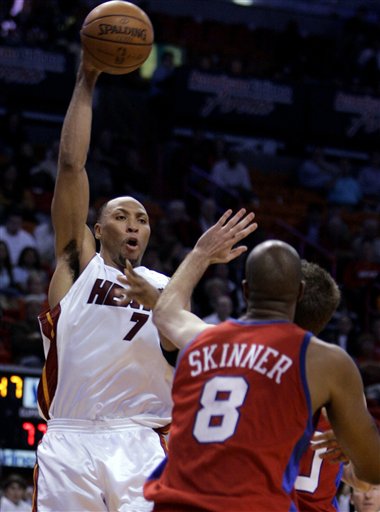 It was exactly the night that the Heat needed going into a tough couple of road games.  The first quarter was close, D-Wade was off and the Clips were hitting their jumpers.  L.A. then opened the 2nd quarter with an 8-0 run to go up by 2, but the Heat came right back and scored 9 straight.  From that point on it was pretty much all Heat as they ran away with it, taking the lead with 9:33 left in the 2nd quarter and keeping it the rest of the game.  The closest the Clippers would get during the 2nd half was with 3:08 left in the 3rd quarter when they were down 77-70.

It was an all-out effort from top to bottom that sustained the Heat’s lead throughout the game.  Everybody on the Heat not named Joel Anthony shot above 50% from the field, and I don’t remember ever thinking about missing Daequan.  Even without Dae-Dae the Heat still got 52 points off their bench.  We have to realize that the Heat are a good team, and to beat the Clippers they simply had to come out and ‘play their game’.  Their next two games (@ Detroit and @ Philly) aren’t going to be as easy.

Jamaal Magloire started out strong on both ends of the court and was a beast on the boards, grabbing 4 rebounds in the first 5:30 of the game.  He was being very active, sliding farther away from the paint to help with picks and even posted up a couple times.  He ended up with 4 points, 5 boards, 2 blocks and a steal in only 13 minutes.  Apparently, running around on offense and chasing Marcus Camby on D would prove to be too much for the Big Cat, and in came Joel Anthony hungry for minutes.  He would also be very active, but was a force on defense in the 2nd half.  Joel finished with 4 blocks and 7 rebounds, and this marks the 5th time this year Anthony finished a game with 4 or more blocks.

Chris Quinn seems to be expanding his game, utilizing the pump fake to take wide-open 18 footers.  He did it three times in the 1st half and made every shot.

Michael Beasley continues to gain more and more confidence on offence, but is still showing some heavy hesitation when helping out around the basket on D.  He had 18 points and 7 rebounds (3 offensive), and scored 10 of his 18 in the 2nd quarter.  He only played 20 minutes and we can expect his minutes to stay low with the return of Shawn Marion.  Beas didn’t make his 2nd half debut until the beginning of the 4th quarter.

Mario Chalmers opened the game with 2 steals and 2 scores.  He finished with 15 points, 8 assists and 4 steals.

Miami’s win moved them a half game closer to Atlanta.  The Knicks lost at home to the Lakers and are now a full game behind 8th place Milwaukee. 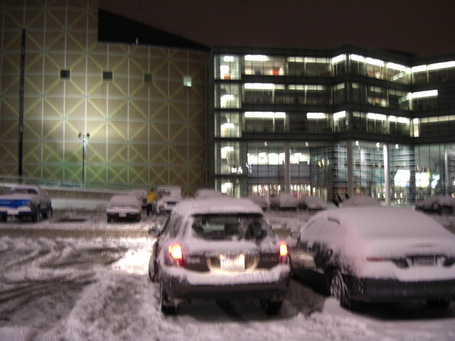 Bundle up boys and girls, its time to head to the great white north.

Also--I wanted to send thanks out to Kazam92, Keebler, Rzayo24 and Whale4ever for coming to the Live Game Thread.  It was awesome enjoying the Heat win with some of our loyal Heat fans.  See you tomorrow night!!