To say the Pistons are having a disappointing season is an understatement, but that doesn’t mean they aren’t still a potentially great team. We all know about the talent they have on that roster, but something has kept most of the Pistons playing below average. Their struggles have grown recently; Detroit has lost 2 in a row and 8 of their last 11. They have also lost 4 straight at home, but those losses have all come to good teams (Dallas, Houston, Boston and Cleveland).

Rodney Stuckey has been one of, if not the most consistent player for the Pistons this season. The versatile guard plays both the point and the 2-guard, and despite starting the majority of games as shooting guard, has been taking away minutes from Allen Iverson at the point when Detroit wants to have both Stuckey and Rip Hamilton in the game at the same time. I would expect to see that lineup in the game more for Detroit, as they will want to get Stuckey minutes but will probably want to have Hamilton in to cover D-Wade.

Stuckey left the Pistons last game in the 4th quarter after taking a knee to his thigh (sound familiar?), but he is expected to be ready to go tonight. He is another guard who doesn’t take many three pointers, but likes to move with the ball and drive-n-dish. He doesn’t get as many assists as others who do the ‘d-n-d’ because the Pistons like to move the ball around the perimeter to find open shooters. 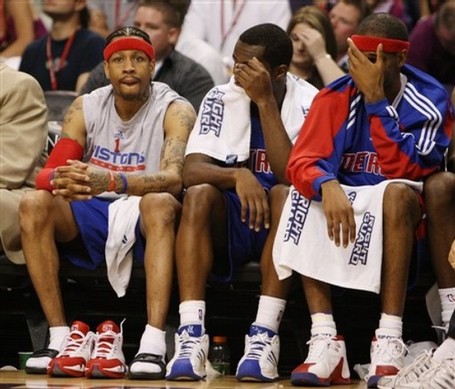 Even Iverson's teammates don't want to be seen with him

There has been talk of Allen Iverson moving to the bench and having Stuckey start in his place with Rip Hamilton starting at the 2. We all know how big of a disappointment Iverson has been in Detroit, and it would not be a surprise to see Joe Dumars trade the superstar at the deadline. Since acquiring Iverson, the Pistons have gone 21-21; they were 4-0 when the trade went down.

Tayshaun Prince is also struggling, especially with his outside shooting. He began the season among the league leaders in three-point percentage, but has since seen his production from beyond the arc on a steady decline. It has gotten to the point where Prince is rarely shooting 3’s; he hadn’t attempted one in 4 straight games before going 1-for-3 in their loss to Cleveland on Sunday.

The Heat will again be without Daequan Cook, but we can only hope that his absence will go un-noticed like it did in the Heat’s last game against the Clippers. Can Miami get a repeat performance from their bench tonight? One note, the Heat’s bench points last game were a little deceiving…if you remember, Shawn Marion didn’t start, but came off the bench late in the 1st quarter before finishing the game with 11 points in just under 30 minutes.

James Jones will likely get more significant minutes tonight. He is slowly getting himself a steady place in the Heat’s rotation, and without Cook, Jones will be counted on even more. Over his last 4 games, Jones is averaging 20:20 of playing time, scoring 8.7 points on 44% shooting, and has gone 5-for-14 (35.7%) from 3. He had played 38:45 total in his previous 9 games. 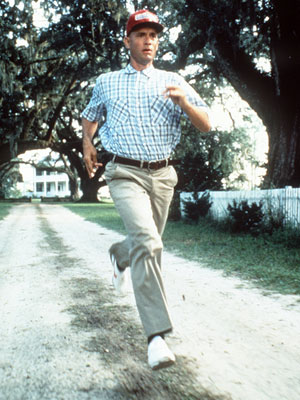 Run. Run. Run. It all starts with defensive rebounding, then the Heat will need to keep the ball moving and push it up court on the Pistons and create defensive mis-matches. Detroit isn’t the quickest team in the land, but they know how to clamp down in the painted area. The Heat will need to ‘play big’ in order to counter in the paint, otherwise the Pistons and their good rebounders will kill the Heat in 2nd chance points.

Last night Boston beat the Sixers in Philly, and the Nets won a big game at home over Milwaukee to bring themselves back within a half game of 8th place. Tonight the Nets are in Washington, and the Knicks host their second straight ‘sick’ team. After falling to the Kobe Lakers on Monday, the Knickerbockers welcome LeBron and the Cavs to town. The Hawks are also in action tonight in the frigid realm of Minnesota. Go T-Wolves!

Scars are more then skin-deep for Miami Heat's Haslem.