The Philadelphia 76ers will welcome the Miami Heat to the CoreStates Center F-U Center Wachovia Center tonight in the midst of a season-long 7-game homestand that they have started 2-2. Philly is coming off of a big win over Indiana on Thursday, the same day it was announced that the Sixers would lose Elton Brand to season-ending shoulder surgery. The Sixers have been holding steadily on to the 7th seed in the Eastern Conference for a considerable amount of time, and currently have a 2-game cushion going each way (2 games behind Miami and 2 games ahead of Milwaukee and New Jersey)

If you have been paying attention, then you’ve noticed how opposing teams ‘big guys’ seems to have big games against the Heat. Take that and combine with Philly’s ‘big guy’ Samuel Dalembert playing well of late, especially in his past couple games, and we could have a problem. He is coming off of an 18 point 20 rebound game against the Pacers, and despite not being a big offensive threat most of the season, averaging just over 5 field goal attempts per game, he has put up 13 shots in each of his past 2 games, shooting 50% (13-of-26). Over his past 10 games he is averaging 11.5 rebounds and 2.2 blocks, so its safe to say the Heat will have their hands full accounting for Dalembert. 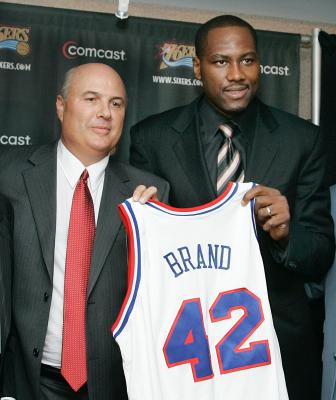 The Sixers struggled to get any consistent rotation while Elton Brand attempted a comeback, and now can have some kind of stability with him out for the year. Brand missed 16 straight games in December and January but played in 6 games before throwing in the towel on Thursday. This opens the door for rookie Thaddeus Young, who has filled in well for Brand during his absence throughout the season.

We are still waiting patiently for James Jones to have some sort of ‘breakout game’. He has been showing the most consistency on the defensive end, which is to be expected with Jones coming off of a shooting-wrist injury, but he has played over 20 minutes in 3 of the Heat’s last 5 games, and it’s time to get him more involved on offense. I have watched him during shootaround’s and his shot looks good, but gaining confidence is something very important for a shooter like James. Confidence that he will only get when he starts taking (and making) shots during games, not practice.

Will Jamaal Magloire get more minutes to battle Dalembert on the glass? Magloire has been a rebounding machine when in the game. He has grabbed an average of 7 rebounds in the last 5 games that he’s played over 12 minutes.

After going the first 44 games without scoring 20 points, Willie Green has reached that plateau twice in his last 4 games. Overall he is having a tough year, averaging less minutes, points and rebounds then he has since the 05-06 season.

The Heat will need to win their match-up’s as far as the starting lineups are concerned. Looking at them, you have Udonis on the rookie Thaddeus Young, Joel Anthony/Jamaal Magloire on Samuel Dalembert (hopefully more Magloire), Shawn Marion on Andre Iguodala and D-Wade likely facing Andre Miller. It may end up being a switch-off on offense/defense between the team’s backcourts, with Wade and Chalmers having to handle Green and Miller. But looking past the starters, its all Heat. Even without Daequan, who will hopefully be back in the lineup tomorrow night when the Heat host Charlotte, the Heat’s bench is much deeper then Philly’s. Michael Beasley, James Jones, and even Quinny are much more potent weapons then the Lou Williams, Royal Ivey and Reggie Evans that the Sixers have coming off their bench. If the starters match-up well then our bench should put us over the top.

Last night the Hawks escaped from Charlotte with a close victory, extending their lead to 2 games over Detroit and 2.5 over Miami. The Knicks lead the Celtics at halftime and through 3 quarters but were blown out 38-24 in the 4th quarter. They are now 1.5 games out of the 8th spot, but are now also trailing Chicago, who is a game behind the Bucks and Nets.

Tonight the Clippers are in Atlanta, and the Nuggets are in New Jersey. The Bulls will look to keep moving up in the standings but are facing a tough matchup in Dallas, who should be a pissed off team after being embarrassed in Utah on Thursday. Also, the Pistons are in Milwaukee, and the Bucks just keep getting more bad news. They are already missing Michael Redd for the season and Andrew Bogut for another 6 weeks, and have now lost their starting point guard Luke Ridnour for a month with a broken right thumb.

The Shaq Trade: A year later.

What next for the Sixers and Elton Brand? 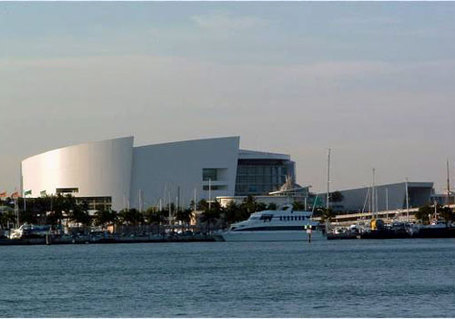 Quick turnaround after the game in Philly, as the Heat head home for an early evening affair against the Bobcats at the AAA. Tip-off is at 6pm, and the Heat cannot overlook Emeka Okafor and the ‘Cats, who despite being without leading scorer Gerald Wallace, will still be a very tough match up for the Heat.