Has it really gotten to the point where Michael Beasley is an option in our trade talks?  Think about how ridiculous it would sound if you heard the Bulls were shopping Derrick Rose, or that Greg Oden was on the trading block.  This may not have been such a smart move by Riley, as the Heat may now seem desperate to make a move.  What other conclusions can you draw from a team looking to deal the #2 overall pick halfway through his rookie year.  Especially when you think of how productive Beasley has been, and remember…it’s only his rookie season!  He is guaranteed to get better as his body grows and he gains experience at the NBA level. 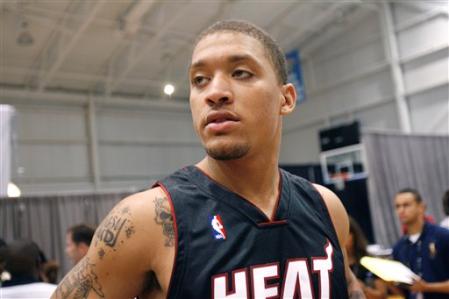 Beasley has been putting up great numbers all year, not letting coming off the bench get in his way.  While playing only 24:23 per game, B-Easy has still shown his ability to take over games and score at will.  He is shooting a solid 45% from the field, and there have been games where he makes his mind up to be a beast on the boards.  Eventually, he’ll develop the ‘full NBA game’ which all starts with coaching; If you know this Heat team you know we have one of the best coaching staff’s the NBA has to offer.  He has the skills, it just takes time to put it all together.  I think by the 2010-11 season we’ll get a much better picture of what to expect from Beasley’s career.

What started as trying to get rid of Shawn Marion and his expiring contract has turned into ‘what the biggest deal we can possibly make’.  Fortunately, the Suns are reportedly looking elsewhere with Amare Stoudemire, meaning its irrelevant what the Heat would or wouldn’t do with Beasley.  Personally, I think with Beasley there is an unknown upside that we need to see.

I realize that Pat Riley will always be the guy who is looking to make a move that immediately puts his team in title contention, but at what point will he give in and look towards 2010?  Hopefully now with the passing of Stoudemire he can look back to Toronto and Jermaine O’Neal.  The past couple weeks have shown us how badly we need a consistent presence in the paint and for those paying close attention, have seen that living without Marion isn’t going to hurt that badly. 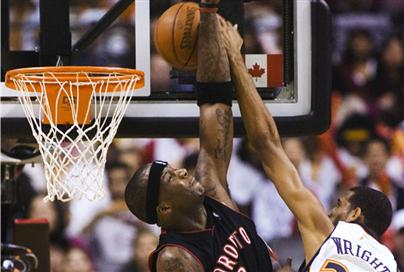 One way or another, we now have 10 days until the trade deadline and the only obvious thing is the Heat’s need to make a move.  You can count me in as being officially on board for bringing Jermaine O’Neal to the Heat.  I’m tired of being owned in the paint every time we play a 7-footer.  Acquiring O’Neal would mean we have a guy to play the 1 for us for the next year and a half, and it also keeps us in a good place to possibly reel in a big fish in the summer of 2010.