Another Example Of Why You Dont Upset Dwyane Wade

Share All sharing options for: Another Example Of Why You Dont Upset Dwyane Wade 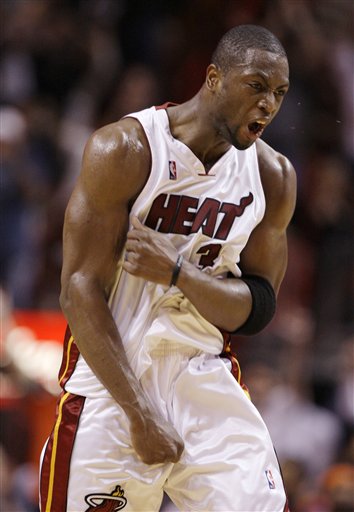 "THIS IS MY HOUSE"

Anybody wondering why the Heat are in contention for home court in the 1st round of the playoffs need look no further then last nights game against the Knicks.  We are well aware of D-Wade ability to take a game over…and yet it’s still amazing to see, and I know that it’ll never get old.  At least for the time being, we should be hearing Wade’s name back in the legitimate MVP considerations.

It all started in the 4th quarter with Miami down 103-88.  Wade took a Danilo ‘The Rooster’ Gallinari elbow to the lip and proceeded to get very pissed off.  Dwayne thought it was a bit of a cheap shot, but that’s just part of the game sometimes.

"I felt I got a cheap shot," Wade told SunSports in the postgame interview. "They were getting very aggressive. It’s a switch certain people have so I hit that switch and we weren’t going to be denied after that."

Wade would go on to score 22 of the Heat’s final 32 points en route to a victory that many were comparing to the 06 Finals when Wade took over the series in game 3.  Note to future opponents…it’s not a good idea to upset Dwayne Wade.  Not good for you…very good for Heat fans. 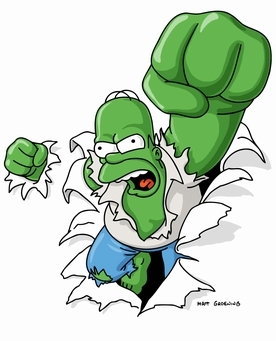 D-Wade says "You wont like me when I'm angry"

Do we have a new starting small forward?  I’ve been waiting for Coach Spo to put Moon or Jones in ahead of Diawara, and last night was (finally) the night.  Moon started and gave us exactly what we needed, a double double while shooting 50% from the field.  He also shot 50% from 3.

Foul trouble would again burn the Heat when both Mario Chalmers and Jermaine O’Neal went to the bench with 4 fouls and the Heat down by only 3.  6 minutes later the 3rd quarter was over and Heat were down by 15.

Michael Beasley was very active on the glass again, grabbing 7 boards and adding 12 points in only 25 minutes.

I think that Jermaine O’Neal is slowly making progress.  He followed up Friday’s poor game against Atlanta with a solid effort last night, scoring 18 points on 9-of-16 shooting and grabbing 7 boards to go along with 2 blocks.

I don’t know what’s up with Daequan Cook, but something has to be done.  He played only 15 minutes and went 1-for-5 from the field, all three-pointers.

This was the 7th time this season D-Wade has scored 40 or more points.

The Heat regained some of the cushion between themselves and the teams behind them.  Philly lost at home to Orlando, putting them 2 games behind Miami for 5th place.  The Bucks also won at home beating the Wizards and moving a full game ahead of Chicago and New Jersey for the 8th and final playoff spot. 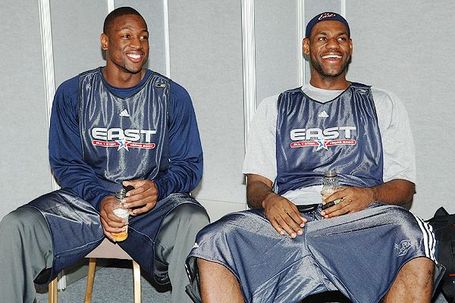 Man oh man is this going to be a tough week for the Heat.  4 games in 6 days…Cleveland and Phoenix at home, then road games against Toronto and Cleveland (again).  But the positive spin is that after this week we wont have to face the Cavs again until possibly the Eastern Conference Finals (optimism at its best).