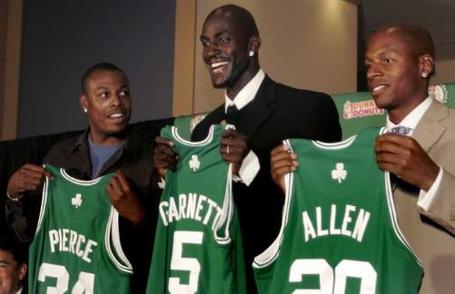 A banged up but still lethal Boston Celtics team come to Miami looking to rebound from a tough loss in Orlando in which they tied a season low by scoring only 79 points.  The Heat are coming off of possibly the most exciting game of the season, and our superstar Dwyane Wade is the hot topic in the NBA.

Boston will be without 5 players, including starters Kevin Garnett and Rajon Rondo.  Reserve players Brian Scalabrine, Glen Davis (who had started 6 straight) and Tony Allen are also out, making the Celtics bench a little thin.  Expect a lot of Eddie House and Mikki Moore.

With Rajon Rondo out, the spotlight shifts to newly acquired Stephon Marbury.  He’ll likely be sharing time with Eddie House and possibly Gabe Pruitt, but I imagine Boston will look to get the speedy Marbury more minutes, especially against Miami, a team who has struggled defending the faster point guards. 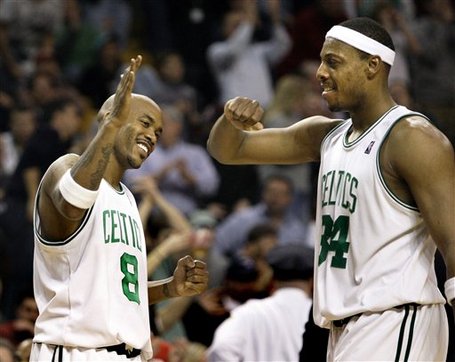 Mario Chalmers was playing very good D in the 2nd half of the Bulls game, so hopefully it will carry over to the Boston game.

Boson coach Doc Rivers has questioned his teams focus in recent games, saying his team is "picking and choosing" when they are focused.

With the Celtics lineup so thin, the Heat bench (mainly Beasley and Cook) have a big opportunity to make the difference in the game.  Miami’s bench should absolutely outplay that of Boston, which will make winning much easier.

How will D-Wade follow up his latest epic performance?  He tends to get up for big games, and with the defending champs coming to town…

With Boston featuring no clear starting PG, this may be a good opportunity for Erik Spoelstra to unleash Luther Head.  Should he hit the ground running, I wouldn’t be shocked to see him log 15+ minutes.

I would be shocked to see James Jones play 15+ minutes.  This guy can’t get into the lineup, and so far has been a huge bust.  I know, he was injured…the first major injury of his career.  Maybe the mental aspect of coming back from a long rehab is what is holding Jones back…he’s shown that he can play, all be it inconsistently.

Mario Chalmers is coming off of his best all-around game in a while, and he appears to bet getting back on track.  Another strong game tonight by Super Mario will go a long way, especially with Deron Williams and Andre Miller coming up this weekend.