Share All sharing options for: It's Dwyane's World...We Just Live In It 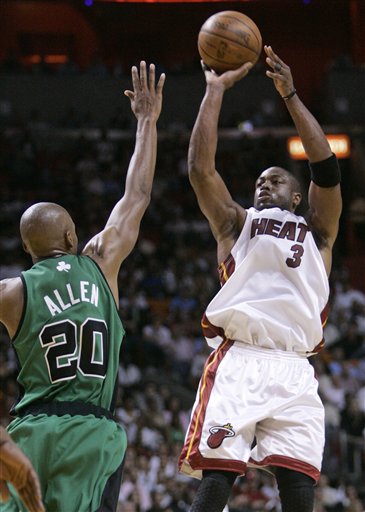 Dwyane had a 'mediocre' 32 points

We won.  That’s the bottom line.  Granted, the Heat squandered another 4th quarter lead at home, which is troubling.  But they’re winning…and isn’t that the MOST important thing?  The Heat have now won 4 of 5, sustaining themselves in the hunt for home court.

Something that occurred to me during the game was how scary it would’ve been had Boston been healthy.  They had guys coming in the game that the announcers did not recognize.  The game was tight in the first half, Boston staying with the Heat thanks in large part to Leon Powe and Ray Allen.

Powe was very dominant, constantly catching Udonis Haslem in a bad position on the glass, and looked very smooth on offense.  He is making double doubles against the Heat a constant thing, collecting 13 points and 10 boards in the 1st half.

Ray Allen picked up where Ben Gordon left off.  He shot 9-for-11 from the field in the 1st half and a perfect 4-for-4 from beyond the arc in 18 minutes.  His 24 points tied him for most points against the Heat in a half with Nate Robinson, LeBron James and Mo Williams.

The Heat opened the 2nd half on an 11-0 run and made their first 5 shots, but Boston would immediately counter with a 10-2 run to re-take the lead.  Miami outscored the Celtics by 6 in the opening minutes of the 4th, and had a nice 91-76 lead with under 9 minutes left.

5 short minutes later, Boston had closed the gap to 1 point thanks to a 16-2 run.  D-Wade and Jermaine O’Neal would then pick it up, scoring the next 9 Heat points.  The final dagger came with 34 seconds left when Wade hit his first 3-pointer of the game, putting the Heat up 8.

Miami got the ball to Jermaine O’Neal early in the game (as is becoming the norm), and he drew 4 fouls against Boston starters in the opening 3:11.

O’Neal also extended his shot-block streak to 17 games when he completely denied Mikki Miller’s 1st quarter dunk attempt.  It was a sick block; he finished with 3.  His D is really starting to impress.

Chris Quinn was inactive while Luther Head was dressed.  Start of a trend?

It was certainly a tale of 2 half’s for Daequan Cook.  He shot 1-for-4 (no 3 attempts) in 9 first half minutes.  Something Coach Spo said during halftime must’ve tweaked Dae Dae because he came out much more confident, going 3-for-6 and 2-for-2 from beyond.

I’ll admit I was a little concerned/confused/scared when Jamaal Magloire started the 2nd quarter for the Heat.  He did a good job, especially on defense.  In only 5 minutes in the 2nd quarter he logged 2 points, 4 boards and 2 blocks.  That kind of production in limited minutes may be his ticket to a spot in the rotation.

Something that can’t be overlooked is the defensive job that Jamario Moon did on Paul Pierce, who was kept very quiet until the 4th quarter when Boston was scrambling.  For most of the game, Pierce was invisible…thanks to Moon.

Jamario would also hit his first three 3-point attempts, but missed a couple down the stretch.  That’s OK, I don’t expect the Heat to call his number much during the ‘clutch’ moments of a game.  He also grabbed 8 boards, and there should be no more questions about him being an adequate replacement for Shawn Marion.

That’s no knock on Marion; I just think Moon is a better fit for this team.  Having the paint-presence of Jermaine O’Neal is most certainly a contributing factor, but it’s become quite clear that the Heat are a much better team after making this trade.

A night of home games for the 4-through-7 teams in the East, but only 3 would come out on top.  The biggest game was Atlanta ending the Jazz’ 12-game win streak.  Philly got back on track beating Toronto, but the Pistons fell to the Knicks, who won their 2nd straight road game in as many nights.  There are now 6 teams within 1.5 games, all going for the final playoff spot.

It’s nice to see the Heat pulling away (slightly) from the teams behind them.  Winning solves all problems. 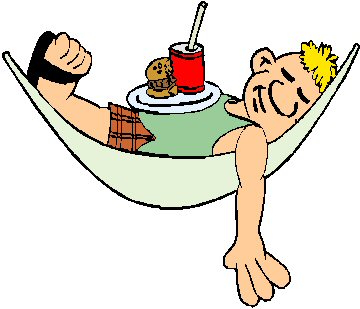 A couple days off before a big weekend.  Jazz at home on Saturday afternoon, then up to Philly for a big-time matinee on Sunday.