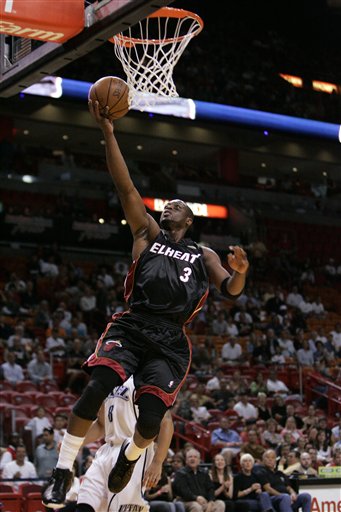 There isn’t a whole lot left to say right now in Heat land.  Coming off of another amazingly exciting victory, the Heat have to collect themselves and prepare for another big game, but then again…they are all going to be big from here on out.  Yesterday’s game took a franchise long 3 hours 6 minutes, and nobody who played in the game for Miami was in the game for less then 20 minutes (other then Jamaal Magloire, who played 4)

The Sixers last played on Friday night, when they beat Chicago in Philly.  It was an emotional victory for the Sixers, as the game was played in the old Spectrum, the last game to be played in the former home to the 76ers and Flyers.  Julius Irving was there, and he ‘demanded’ the 76ers beat the Bulls, the same way his teams used to.  And they did.

Philly has been a very inconsistent team of late, after being on fire for 5 weeks in January and February.  They had lost 6 of 8, but are 3-1 in the 4 games they’ve played in the last week.

Michael Beasley is one player that should step up against the Sixers.  He played only 20 minutes against the Jazz (the only player in the game less was Magloire) and was not very noticeable.  After just 2-of-8 from the field and only 1 rebound, I’m sure that B-Easy is chomping at the bit to get right back out there and make a difference for his team.

Daequan Cook is likely going to sit out against Philly after having dental surgery last week.  He isn’t as missed when Chris Quinn isn’t somehow making up for Cook's minutes.  Welcome to the Heat, Luther Head. 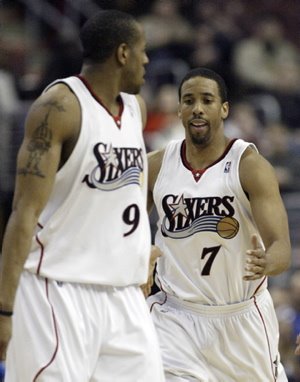 After averaging 20.6 points over his last 10 games, Andre Miller has cooled off, scoring 9 and 13 points in his last two games.  He still shoots over 50% and scares the crap outta me.  In the two games the Heat and Sixers played each other last month, Miller had a far better game in Miami then in Philly…but that can be misleading.  He scored 30 points on 52% shooting in a 6 point loss in Miami, but had only 15 points on 42% shooting, 3 boards and 5 assists in a 10 point win over Miami at home.

Perhaps the model for inconsistency on the 76ers is Samuel Dalembert.  After scoring a total of 16 points and 20 rebounds over a 4 game span, he’s averaging 13.5 points, 11.5 boards and 3.5 blocks in the two games since then.

Not much going on yesterday outside of South Beach, as far as the East is concerned.  The Bulls beat the Hornets and moved into sole position of 8th place in the East.

Lots more going on tomorrow.  All of the ‘battle for 4th’ teams are in action with Miami being the only one playing on the road.  Atlanta gets to play the 41-24 Trail Blazers, who are sick at home but not so hot on the road.  Detroit has Memphis coming to town, who has only 16 wins on the season (only 4 on the road) and lost 9 of 10 away from home.