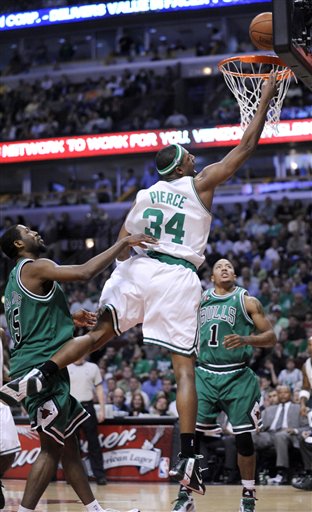 If there was ever a time to play in Boston, this may be it.  The Celtics are struggling of late, losing 127-121 last night in Chicago.  They are now 3-5 in March and have fallen 4.5 games behind first place Cleveland.  The injuries keep piling up for Boston, who just got Rajon Rondo back but is still missing 3 key players in Garnett, Glen Davis and Brian Scalabrine.  Now Leon Powe can be added to the list, suffering a bruised right knee last night. He's going to be re-evaluated sometime today.

Powe had been starting in place of Glen Davis, who was starting for Kevin Garnett.  Boston is extremely thin as far as big guys are concerned, and the Heat will need to take advantage.  Getting them in foul trouble early, as Miami did to Utah, will be key.

The Heat are coming off of a 3 game home win streak before falling shot of energy in Philly on Sunday.  Still, Miami is playing some great ball, and it appears they are continuing to get better.  Jermaine O’Neal has been getting more consistent on offense, and has been amazing on D since his arrival.

Michael Beasley is poised to have a big game.  He’s struggled in the past week, scoring only 8 points in each of his last 3 games and grabbing only 1 total rebound in his last 2.

Rajon Rondo appears to be back on track.  He had 26 points 10 assists and 5 rebounds against a solid Chicago backcourt last night.

Boston still has Paul Pierce, who has been playing pretty decent, but had a possible breakout game last night.  He has 37 points on 13-of-24 shooting and added 7 boards, and was 3-of-4 from beyond the arc.  Jamario Moon did a great job on Pierce the last time these teams played…hopefully he’ll have a repeat performance tonight. 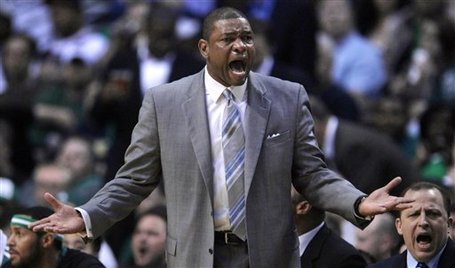 Doc Rivers was ejected with under 30 seconds left when he was given his 2nd technical foul of the game.  Think this team is upset about how they’re playing?  They certainly aren’t going to allow some injuries be used as an excuse, they have way too much respect for themselves.

Erik Spoelstra explained the reason he did not play James Jones against the Sixers was because he preferred having Yakhouba Diawara out there to cover Andre Iguodala based on the great job he did the previous time these two teams met.

James Jones will play tonight.  Most likely Daequan Cook too.    Jones will likely be 1st option for Jamario Moon, with Cook rotating in with Luther Head as needed when Chalmers and Wade rest.

The Heat’s practice Tuesday was focused on defense.  Coach Spo has voiced concern about the declining performance from the team on D.

The Sixers are getting back on track. They got a sick win in L.A. against the Lakers when Andre Iguodala hit game winning 3-pointer at the buzzer with Philly down by 2.  The Pistons lost again and could be slipping, but the Hawks stayed true to form, winning at home as usual.