First and foremost I want to cover the Heat’s newest addition. According to his agent, PG Luther Head will sign with Miami today after he clears waivers. This is a great thing for many reasons. Assuming that his right foot injury that has kept him out of the Houston lineup since mid-January is behind him, Head will slide right into the backup point guard position. Granted, it will take him a little while to get into the swing of things; he’ll have to learn Coach Spo’s playbook, but for the immediate future he can carry the ball up count and provide the kind of D that we need off the bench. He can also shoot pretty decently. Nothing super special, but considering the job that Daequan and Quinn have been doing off the bench lately, any boost is welcomed.

Most importantly, this move will allow Dwyane Wade to play his position, not using the extra energy that it takes to bring the ball up court and penetrate. It’s the point guards job to get the offense going and put the ball in the hands of our scorers, but when its Wade that is playing the point, the D knows exactly where to go, taking away many of Dwyane’s options. 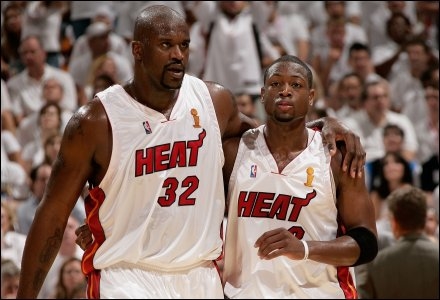 On to tonight’s game against the Phoenix Suns, who are coming off of a tough loss in Orlando last night in which they blew several leads and were outscored by 15 in the 4th quarter. Phoenix will be the 3rd straight team to play Miami on the 2nd night of a back-to-back.

The Suns are battling for the 8th playoff spot in the West despite being 8 games over .500, but have now dropped 4 of their last 5 on the road. Steve Nash has been in and out of the lineup over the past couple months with back and ankle problems, Jason Richardson has been inconsistent, and Shaq…well, if you have been reading my latest posts and comments then you should be well aware of my feelings on the big guy, so ill spare you.

One player who has been consistent for the Suns is Leandro Barbosa. He has been working hard on developing his jumper the past few seasons and its been paying off. He’s shooting 48.4% this season from the field, and while he was coming off the bench for most of the season, has been starting for the past few weeks and should be lining up opposite Dwyane Wade tomorrow both for his offense and his stellar D.

Remember when I said that Mo Williams had only missed 10 free throws this year? Steve Nash has only missed 8 while taking 150.

It was earlier reported that D-Wade was taking treatment for his knee, but I wanted to reiterate that it’s nothing major. Don’t worry, he still plans on playing in all 82 games this year. 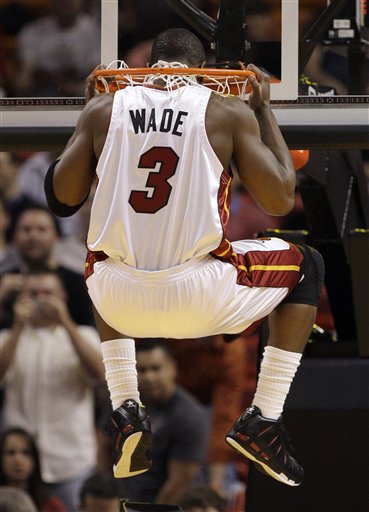 Wade also told reporters after yesterday’s practice that the 7-game stretch since the All-Star break has been the best stretch of his career.

That’s what is great about Wade. He may be doing amazing, but if the team isn’t….personal stats don’t matter. Shaq could learn something from Dwyane.

The Suns are in the midst of a 3-game stretch playing against the Lakers, Magic and Heat. What is significant about that? They are all Shaq’s former teams, and the big fella is calling it the ‘Hate Shaq Tour’.

The Pistons got another big win, this time beating the Nuggets in Mo-Town. That’s 3 in a row…coincidence that Rip Hamilton is back in the starting lineup? The Nets got a huge road win over Milwaukee and moved to within a half game of the 8 seed.

Another thanks to Kazam92 for the quick FanShot about Luther Head.