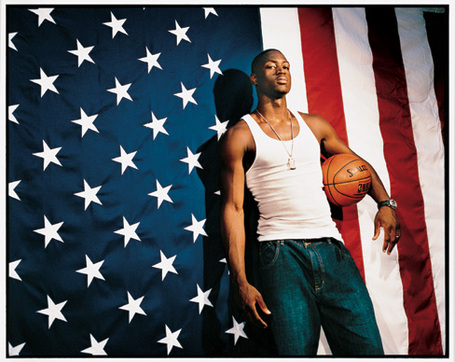 The Heat will kick off their big weekend back-to-back tonight as they travel north of the border to face the Toronto Raptors.  Toronto is coming off of a very tough 3-game road trip ‘loss fest’ that took them through Phoenix, Dallas and Houston.  They’ve been pretty good at home however, winning 3 of their last 4.

The Heat could be looking at a game similar to the one they just played against Phoenix, because the Raptors have been notorious for not playing very good defense this season, especially when faced with a good pick ‘n roll offense.  They also have struggled with their help D, so the Heat can expect to get some open looks.  Also, they have been playing Andrea Bargnani at center for over 30 minutes a game.  This is a great match up for many teams because despite being a 7-footer, Bargnani can get a little ‘light on his feet’ and be moved easily.  He averages only 5.4 boards a game.

Miami has been inconsistent, trading wins and losses since Feb 7th and 8th, but overall has been playing better of late.  This game is the perfect opportunity to get another win under their belt and go into a very hostile Quicken Loans Arena tomorrow night in Cleveland with some momentum behind them.

All eyes will be on the components to the recent trade.  Starters Jermaine O’Neal, Jamario Moon and Shawn Marion will be in the spotlight, and I’m sure there may be a camera pointed towards the Raptors bench so you can see Marcus Banks doin’ his thing. 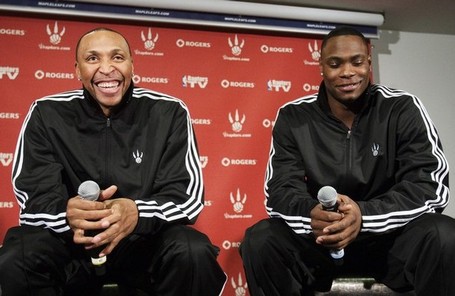 Marion has been a major contributor for Toronto, leading the Raptors in rebounds in 5 of their last 6 games and adding a spark to their offense.  Banks has played in 4 of 7 games with Toronto, but hasn’t done anything significant.  So far, it’s pretty obvious who got the better of this deal.

It will be interesting to see how Daequan Cook and Michael Beasley play, both coming off of career high scoring games against Phoenix.  Beasley has been busting his butt all over the court for a few games now, but Daequan had been struggling mightily until his breakout performance on Wednesday.  Coming back against a poor defensive team is the perfect way for these guys to keep the progress going.

Keep an eye on Anthony Parker on D.  From what I’ve been reading, he looks downright lost at times, often losing his man and double-teaming for no reason.

Jermaine O’Neal has been reviewing more game tape then any time in his career, and has met with both Coach Spo and Pat Riley in order to find how he can best help the Heat.  He feels he can be doing a much better job, and is putting a lot of pressure on himself to contribute.

While Mario Chalmers has been picking it up on offense, I can’t understand why his defense has been so lagging.  The only thing I can think of is maybe he’s a step slower due to playing so many games.  Compared to the college season, Chalmers is pushing it pretty far.

No action last night in the Eastern Conference, but there is plenty of action tonight.  Here is a list of the relevant games, and who the Heat should be rooting for.

New Jersey @ Orlando – Don’t need anybody making ground, go Magic.
Hawks @ Bobcats – Go Bobcats.
Cavs @ Celtics – Nobody to root for, but this should be a great game.
Warriors @ Pistons – Got Baron Davis?
Milwaukee @ Chicago – Big standings game, but will be sloppier then good.