Heat 'Shoot' Down Raptors, Cavaliers Next Up

Share All sharing options for: Heat 'Shoot' Down Raptors, Cavaliers Next Up 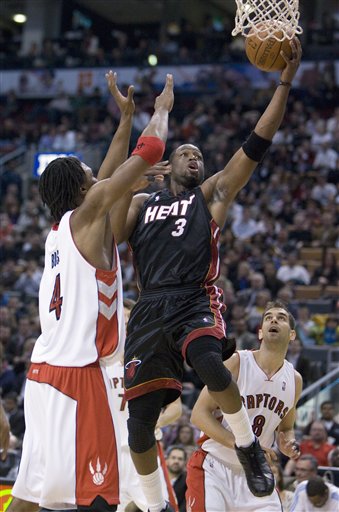 The Domination by D-Wade continues…and he’s making it look downright easy.  He took his MVP campaign across the border to Canada, where he was greeted by a sold out Air Canada Center who got their money’s worth, and then some. Despite turning the ball over 8 times (the second time in 3 games he’s done it), Dwyane made sure the Heat never looked back after taking the lead for good early in the 2nd quarter.

At one point he was 16-of-19 (3-of-5 from 3) and had 40 points.  Three misses in 19 shots, two of them from beyond the arc. He added 8 assists and 6 boards, continuing to show us that he is really on a different level then the rest of the NBA.  He started the game 4-for-4, which included a ridiculous spin move that left Anthony Carter on the court, nowhere near Dwyane when he took his jumper.

I’m also very pleased with the night-in night-out effort we are getting out of Michael Beasley.  While it doesn’t always show on the stat sheet, the work he’s putting in is only making him a better all around player.  Developing a ‘Zo-like’ work ethic is the best possible thing for the rookie. 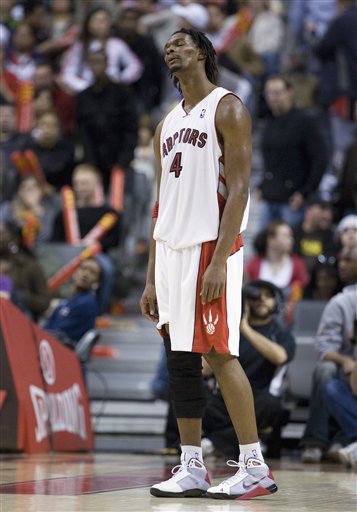 Tonight D-Wade made some Raptors history, becoming the first player to score 40 or more points against Toronto in the same season.

Unfortunately, Daequan Cook couldn’t come back from his great game against Phoenix with another great game in Toronto.  Despite getting open looks, he didn’t look very fluid and I noticed him leaning slightly forward when taking several of his shots.

Miami started the 2nd quarter with the lineup of Jermaine O’Neal, Joel Anthony, Daequan Cook, Dorrell Wright and Chris Quinn.  Even more odd…that lineup sustained the Heat’s lead for the majority of their minutes.

Chris Quinn was making the most of the first ‘extended’ minutes he’d seen in a while, scoring 10 points on 3-of-5 shooting (2-3 from 3) in only 9 minutes in the 1st half. 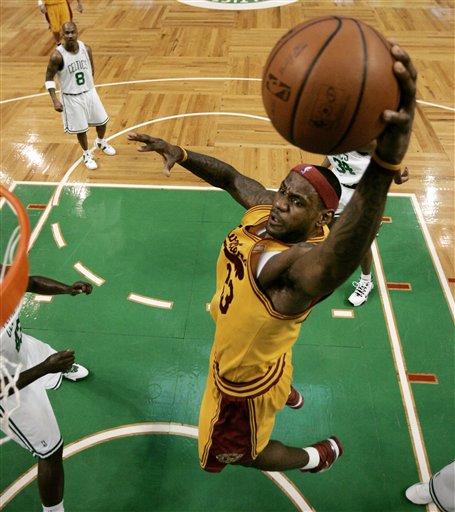 The Cavs are fresh off a very emotional and upsetting loss in Boston last night.  Now they get to face another ‘rival’ in the Heat, only days after the epic game they played earlier this week.

Mo Williams will need to be somewhat contained, and if Mario Chalmers isn’t up to the task, look for Spoelstra to put Jamario Moon on the Cleveland PG.  Also, the Heat have to worry about Delonte West, who is still getting back to game shape after missing 18 games with a wrist injury.  Without adding SF LeBron James into the equation, Cleveland has a backcourt that gives opponents much to worry about.

I still like the Jermaine O’Neal-Zydrunas Ilgauskias match up as a good one for Jermaine. I think he’ll be a little less pressured after returning to Toronto, and could get a good flow going early.  The Heat will likely look to him in their first few possessions and see how it goes.

I think the race for 8th place in the East is going to be the talk of the NBA as the season closes out.  There are so many teams competing for 1 spot, its ridiculous.  The Bulls got a huge home win over Milwaukee and are all-alone in 8th place.  Charlotte beat Atlanta at home, and are tied with New Jersey only 1.5 games out of 8th place.  The Nets lost in Orlando, and the Pistons won again, beating Golden State at home.  Miami is now within a half game of 4th place, and while they are playing in Cleveland tomorrow, the Hawks will be hosting red-hot Detroit.