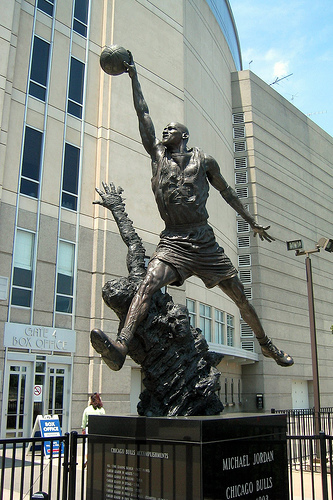 Tonight the Heat will play a Chicago Bulls team that has won 3 of their last 4 and finds themselves suddenly all alone in the 8 seed.  Since January 28th the Bulls have gone 11-5, and it’s no coincidence that Tyrus Thomas picked up his game around the same time.

With the Bulls making a strong push at the playoffs, I'm sure they still remember the final second loss to Miami on the eve of the All-Star break.  The problem for Chicago is that the player who delivered the dagger for the Heat is no longer a member of the team.  Shawn Marion’s final play as a Miami Heat was the game-winning dunk in Chicago on February 12th.

Luol Deng, Tim Thomas and Kirk Hinrich all missed Sunday’s practice nursing their respective injuries. Hinrich has a bruised right quadriceps muscle, and while he is optimistic about playing tonight, Bulls coach Vinny Del Negro wasn’t so sure, and a decision wont be made until sometime today.

Tim Thomas may pay tonight depending on how his strained left knee feels during the morning shoot around, but Luol Deng is a long shot to play, still suffering from a small fracture in his right tibia.  He is said to be consulting with an orthopedic surgeon while the team is visiting Miami.

The Bulls are beginning a 3-game road trip, all against teams ahead of them in the standings.  This will be a defining week in the Bulls run at the playoffs. 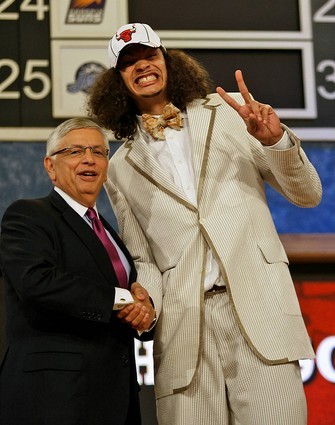 Jermaine O’Neal has a favorable match up against Joakim Noah, but only if the veteran gets aggressive with the youngster early on.  He’ll also need to be active on the glass; Chicago is the 7th best rebounding team in the league.

The Heat turn the ball over an average of 12.6 times/game.  That’s 3rd fewest in the league.

Tyrus Thomas set a Bulls franchise record when he blocked a shot in his 24th straight game on Friday against the Bucks.  Ben Wallace (2007) and Jawann Oldham (1985) held the previous record of 23 straight games.

The last time these teams met, Daequan Cook went 4-for-6 from beyond the arc, scoring 14 points in 30 minutes.  I’m just saying…

While we’re on the subject, Michael Beasley scored 21 points on 9-for-10 shooting in that game.

We may see the Heat debut of Luther Head tonight, as well as Dorell Wright, who has gotten minutes in two straight games.

We’re focusing on the race for 8th in the East.  The Nets beat the Knicks at home yesterday while the Sixers lost in Oklahoma City.  New Jersey is now back within a game of 8th, but watch out for Charlotte, who has won 6 in a row.