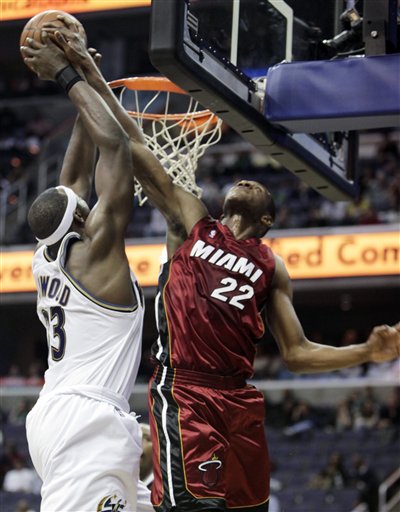 This is the kind of game that not many people will expect the Heat to win…but for a team looking for some momentum going into the playoffs, and considering how well the Heat played the last time in Boston (for what it's worth), this is a win-able game for Miami.  For the second straight time the Heat will face Boston minus Kevin Garnett, Leon Powe and Brian Scalabrine, but Boston has been getting reserve help from elsewhere.

Stephon Marbury and Eddie House have been playing very well off the bench for the Celtics, and Mikki Moore has been a solid contributor all year.  Rajon Rondo is back to playing like his usual, great self, hitting his stride (again) just in time for the playoffs.  Boston has won 5 straight and 9 of their last 10; the only loss was by 2 points in Orlando.

While tonight’s game will probably be a higher scoring game (as opposed to Tuesday’s game against the Hornets), defensive matchups are going to be key.  The main problem will come at the small forward position, where Paul Pierce will need to be guarded a bit closer then last game, where he continuously torched the Heat while NOT being double teamed, and was being covered by ONLY Daequan Cook down the stretch, despite hitting shot after shot.

Jamario Moon will likely get the start, but I’d love to see James Jones out there for extended minutes against Pierce.  I wouldn’t be surprised to see the Heat roll out the lineup of Moon and Diawara, both being ‘defensive’ players, but I think the best choice would be to start Beasley at the 4 and rotate Moon, Jones and Diawara along side Beas to deal with Pierce and Glen Davis. 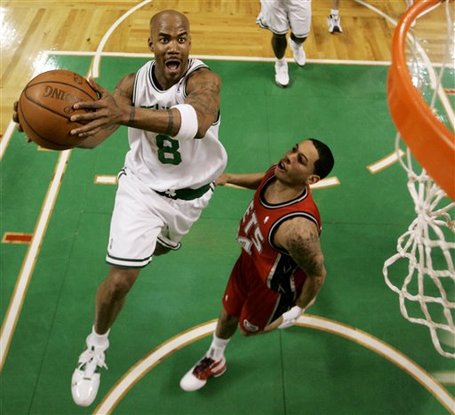 Ray Allen and Stephon Marbury are listed as probable for tonight’s game.  They were sent home early from practice yesterday with what the team is calling a ‘stomach virus’, but the early dismissal was mainly for precautionary measures.  They should both be in the lineup tonight, and Marbury even let his fans know VIA Twitter that he was OK:

"I just want everyone to know in beantown that im ok. i will be ready for tommorrow. tweet tweet."

While Daequan Cook was feeling a bit better yesterday, I wouldn’t count on him playing tonight.  With the playoffs on the horizon, I doubt the Heat will be taking any chances bringing Daequan back too soon.  As I have said before, the Heat will need their bench shooters to be healthy and hitting their shots if Miami wants to get out of the 1st round.

After hitting only 12 three-pointers in his previous 13 games, James Jones seems to be finding his groove. He has 8 trays in his last 3 games, shooting just over 50% (8-for-15) from beyond.

One thing to keep in mind about Michael Beasley starting...hopefully he can handle the pressure and increased minutes (likely about 10 more/game).  We have seen how Mario Chalmers has stumbled as the season wears on, but Beasley should have more in the tank, playing about 1/4 less minutes then Super Mario has this season.

Jamaal Magloire has been doing a great job backing up Jermaine O’Neal the past couple weeks.  While he isn’t the best offensive player, Magloire has been a consistent source for rebounding on a team where boards will get you far with the coaching staff, especially with the big guys.  Also, 51% of Magloire’s rebounds over the past 9 games (29-of-56) have been on the offensive glass.

While we’re on the subject of rebounds, here is some info on Jermaine O’Neal that should keep some of his critics off his back.  He’s got 33 rebounds in his last 5 games (6.6 per game).  Before that, he had 32 rebounds in the 9 games leading up (3.5 per game).

The Sixers played their ‘game at hand’ last night in Chicago, and we’re outscored 63-49 in the 2nd half en route to a 14-point loss.  Philly is now a full game behind Miami, both teams having 4 games remaining.  With the Hawks struggling of late, the 5 seed is something that both teams are shooting for, but Philly has a VERY tough final 4 games, even tougher then the Heat.
Remaining Schedule:
Philly- vs. CLE, @ TOR, vs. BOS, @ CLE
Miami- @ BOS, vs. NYK, @ ATL, vs. DET
Tomorrow’s Games:
Cleveland @ Philadelphia- The Cavs can lock up 1st overall in the East with a win, and the Sixers can clinch a playoff spot if they win.
Indiana @ Atlanta- The Pacers have won 2 straight, but the Hawks are trying to lock up homecourt.
New Jersey @ Detroit- The Pistons are also looking to clinch, with the Bobcats sitting 3 games back with 4 to go.  Detroit has been playing poor, but the Nets have been worse.