I find it very pleasing that the Heat clinched a playoff spot by doing exactly what I have been saying a ‘playoff team’ must do: close out games in the 4th quarter.  Oh, and they did it on the road, in a surprisingly hostile environment in Charlotte.  Miami started the game 0-for-3 and turned the ball over 3 times leading to an 8-0 start by the Bobcats.  Late in the 1st quarter the Heat trailed by their largest margin, falling behind Charlotte 24-8.

Dwyane Wade ‘quietly’ led the charge for the Heat with 27 points and 10 assists (7 in 2nd half), making some big shots in the 4th quarter but going only 5-of-8 from the foul line.  The Heat as a team were pretty bad from the charity stripe (again), shooting just 15-for-24.  It was actually a little odd that they won considering the Bobcats shot a higher % from the field and from the foul line, and also out-rebounded the Heat by 11.

The 2nd quarter was the turning point for Miami.  They went on a 10-2 run early in the period to draw within 3 points of the Bobcats, then outscored Charlotte 7-1 in the final minute to go into the half tied at 45.  Miami also had 6 of their 12 steals in the 2nd quarter.

I don’t want to jinx anything, but I have to talk about Daequan Cook and his first game with at least 4 triples in a month.  He hit his first attempt from beyond, then hit 3 more in the 4th quarter.  He finished with 16 points (11 in the 4th) and a season high 7 rebounds.  He also hit two clutch free throws to put the game away for Miami in the final seconds.

Where in the world was Jamario Moon?  He started the game, came out with 4:48 left in the 1st quarter and never made it back in.  James Jones started the 2nd half at small forward but played only 24 minutes (8pts 2-of-4 from beyond).  Daequan Cook got the majority of the ‘bench shooter’ minutes, and it’s amazingly nice to see him making the best of them.  The Heat were +16 with Cook on the court in the 1st half.

I have to mention the latest addition to the D-Wade sick shot highlight reel.  About 3 minutes into the 2nd half Wade was fouled by the baseline, but still put up the fading shot that had to go over the backboard.  Of course it went in (swish), and Wade would hit the and 1 free throw.  The 3-point play would give Miami its first lead of the game.

The Heat will participate in the NBA Playoffs for the 13th time in their 21-year history.

Michael Beasley had an all-around solid game, despite only grabbing 4 boards.  He was his usual active self, hustling on D but still a tad slow at times.  Offensively he was great, making the most of his limited touches.  He shot 7-of-9 from the field for 14 points and added 2 steals and a block.

Tonight was a freaky night as injuries were frequent and frightening.  It started with Raja Bell of the Bobcats leaving the game with a strained right calf.  Then the Heat injury bug began buzzing.  First it was Udonis Haslem, cutting his right hand on the backboard while trying to block a shot.  He took 6 stitches and should be out 7-10 days.  Then Michael Beasley hit the floor with a twisted ankle, and then a few minutes later the same thing would happen to Jermaine O’Neal.  Both players would make a short trip to the locker room for treatment and re-taping, and both would come back to play in the game. 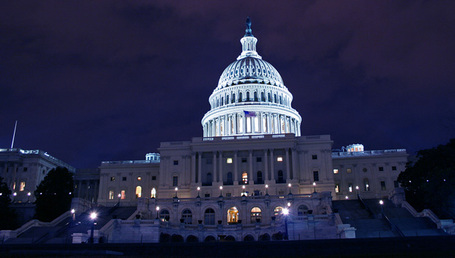 The Heat have an amazing opportunity to really put a positive spin on their recent road woes.  A win in Washington would give them back-to-back road wins, and considering how well they played for 3.5 quarters in Dallas, there are a lot of potential positive things that can be taken away from the trip.

Now don’t be fooled, this isn’t the same Wizards team that has been struggling their way through a forgetful season.  They are healthy and playing some good ball of late.  They now have a lineup featuring Gilbert Arenas and Caron Butler (both missed significant time with injuries) to compliment stud forward Antawn Jamison.

Despite scoring more of late (106.7 ppg in their last 4) they are still struggling to get wins.  Before their big home win over Cleveland on Thursday, the Wiz had lost 3 straight and 8 of 9.

Its kinda funny how at this time last year the Wizards were on their way to the playoffs while the Heat were crawling towards the finish line of a 15-win season.  Oh how things can change in one short year..

Boston beat the Hawks and the Magic spanked the Cavs by 29.  Other then that, not much going on in the East last night.  Tomorrow’s Games:

Nets @ Bulls- The Nets have faded from playoff contention, but could still help us out by getting a nice road win.
Pistons @ Sixers- For the second time in as many weeks, we have to root for the Pistons in a matchup between the teams the Heat are trying to get away from.
Magic @ Hawks- Not much time to rest from a visit to Boston while Orlando will be flying high from their shellacking of Cleveland last night.