D-Wade back in the news...sort of

Share All sharing options for: D-Wade back in the news...sort of 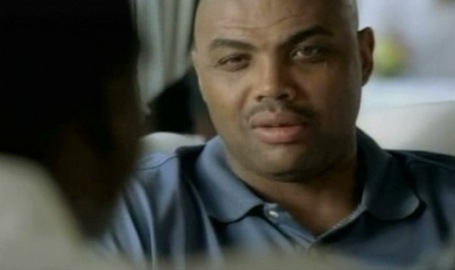 "Dwyane, what makes you think you can be in my 5?"

Remember a few months ago when there were all these stories about Dwyane Wade giving his wife an STD, or that he was on steroids?  How about the one that said he was a big pot-head?  Well, in case you hadn't heard, all those reports were proven to be false, fabricated by Wade's ex-business partner Richard von Houtman.  The two were partners on the 'D-Wade's Place' restaurant chain which all but tanked, and obviously Von Houtman took a lot of soreness away from the experience.

Wade is obviously more then a little pissed about the attempted public smearing of his name, and has filed a libel suit against Von Houtman. Part of the trial will be e-mails sent from Von Houtman to Heat president Pat Riley, which came across very aggressive and insulting.  Here is an excerpt:

"[Wade's ex-wife Shiovaughn] called me the other day to tell me that she was being threatened by Mr. Wade, and what could I do to help. Mr. Wade is a bully and a coward... He and most of your Heat players are smoking, using cocaine, and steroids. I wonder how and why the Heat organization can condone such behavior.. I will be talking to the press and Olympic committee and showing them evidence to support my allegations on Thursday... I will be sending to your home a hard copy of this letter, and also in fairness to [Heat owner] Mickey Arison's home."

Pretty pleasant, eh?  This letter made a little more sense to me after i was clued in to Mr. Von Houtman's past.  See, after hearing how he has been able to live the life of a millionare without ever having a job or a doccumented income...it didnt seem so far fetched that he would publically come out and say such 'shocking' things.   Now it seems obvious that he was looking to make the biggest splash possible.  Here is some language from one of his (at least) five divorce hearings:

Von Houtman is not formally employed, and has no discernible source of income. He has a high school education and is not a citizen of this country and claims to obtain all his money in the form of loans from business associates in Amsterdam and from friends and family members... Regardless of [Houtman's] lack of employment, in recent years he purchased with cash funds a waterfront home and lot in Boca Raton, Florida, costing $1.2 million and a Lamborghini... Houtman has deposited cash money in various bank accounts in South Florida totaling more than $600,000 [in a four-month period]. Some deposits were done by wire transfer from Amsterdam, some were direct deposits of foreign currency brought from Europe by Houtman and some were made by depositing large numbers of small denominations.

Need I go on? Now, the other D-Wade story is more of just some hilarious happenstance of his relationship with Charles Barkley.  The two have been great friends since beginning their Verizon Mobile 'Fave-5' commercial's and hooked up in Orlando for a little one-on-one.  Now I'm warning you...if you have ANY respect left for Sir Charles (as a player) I strictly advise you to not watch this, because he looks tuurrrable.

We'll wrap up our Heat news portion of the post with some Draft talk.  Pat Riley, President of Player Personnel Chet Kammerer and team execs Andy Elisburg, Nick Arison and Adam Simon were in Chicago for the NBA Draft Combine, and lets just say their scope of players to watch ranges way larger then their #43 and #60 picks would allow.  While still acknowledging that many times players will drop down during a draft, Miami will keep their options as open as possible while the draft is going on.  They have come out and said that the Heat are looking to move up in the draft, possibly into the top 15.

"From 15 to 30, we definitely are focusing in on them, as well as the second-rounders," Kammerer said. "Usually, at least it has happened in the past, someone who we have in the mid-30s will be there at 43."

One of the players that the Heat execs are keeping an eye on is former Miami Hurricane guard Jack McClinton, who is trying to convince scouts that he merits a 2nd round selection.  We all know how the Heat are in need of some pure shooters, and that is precisely what McClinton is.

It would be great if the Heat could get even just one guy from this draft who can conrtibute right away, like Mario Chalmers who was an early 2nd round pick (34th overall) last summer.  Another 'in-state' potential draftee that the Heat are taking a look at is Toney Douglas, guard from FSU.  He is another guy who is a great shooter and could get picked up early in the 2nd round.

Now I just want to touch on this whole LeBron James not shaking hands issue.  I understand that he just lost a playoff series and was a favorite to win the NBA Title, I understand that he is a 'fierce competitor' and all that...but come on.  This guy is the face of the NBA, he is thier MVP...posterchild for numerous ad campeigns (Nike, Sprite, Vitamin Water), need I go on?  He needs to be well aware that he is setting an example for countless youngsters, who now may think its ok to be a bad sport.  And yes, it is being a bad sport.  I don't care if many of us may have acted the same way, then we are also bad sports.  But somebody who is looked up to and in the spotlight as much as LeBron needs to be more aware of how his actions effect others.

Yes, I've been hearing that Dwyane Wade did the same thing after the Hawks series and possibly after the Heat were swept by the Bulls in 2007.  I'm not condoning that, it's just as wrong....but here is the difference.  First of all, D-Wade doesn't get near the national attention and exposure as LeBron James, and both of the aforementioned Heat series' were relitively low-profile 1st round matchups.  Had LeBron pulled this stunt in a similar situation, then we probably wouldnt even be discussing it right now.

Finally, after weeks (months really) of wondering when he would sign with the Sixers, Eddie Jordan was finally introduced as Philadelphia's new head coach, inking a 3-year deal.  This is a great move for Philly, as I felt Washington gave up on Jordan way too easily.  He was coaching injury plagued teams for the past two seasons, and did a good job with what he had to work with.  This isntantly makes Philly a better squad, and their new coach had this to say"

"This team has a good core group, has future stars in the waiting," Jordan said. "Now it's time to go uptown."