Heat gain two players and a pick during 2009 NBA Draft

Share All sharing options for: Heat gain two players and a pick during 2009 NBA Draft 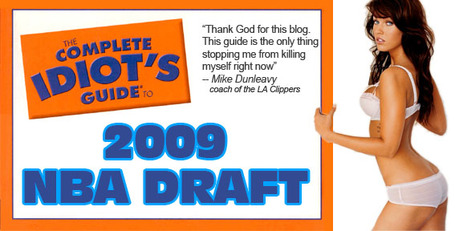 Of course...we'll know nothing about the players we picked until September, but in the meantime here is a quick recap of the Heat's '09 draft.  I'll collect some info on our new guys and get it posted sometime on Friday.

Miami began their night by drafting Marcus Thornton, a guard from LSU, with their 1st pick, 43rd overall.  The Heat would then send Thornton to New Orleans for 2nd round picks in 2010 and 2012.  Later on the Heat would acquire the 42nd overall pick, G Patrick Beverly from the Lakers for a future 2nd round pick and cash considerations. Beverly played 2 seasons at Arkansas before spending last year playing in the Ukraine.

Finally, the Heat took the NBA's version of 'Mr. Irrelevant (the final pick of the draft).  The lucky guy is Robert Dozier, a senior forward from Memphis, who was the 60th player selected on Thursday night.