Getting to know the new guys....sort of.

Share All sharing options for: Getting to know the new guys....sort of. 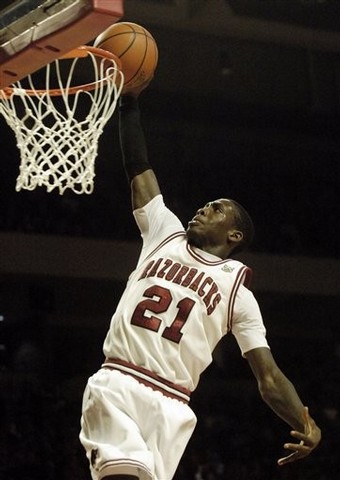 After doing some digging I was able to get some info on our newly drafted Heat employees, although there isn't that much out there.  Despite that Dozier is likely the guy who some of you may have heard of because of his success at the University of Memphis over the past four years, from what I have been reading it seems that Patrick Beverly may be more of what the Heat need 'right now'.

Beverly started out his college career at Arkansas with a bang.  He had an amazing freshman season, which landed him the SEC's Freshman of the Year award, and seemed like a 'for-sure' NBA talent.  After another solid year, Beverly was hit with the news that he would not be allowed to play for Arkansas during his junior season.  Different news outlets claimed that inside sources revealed academics as the reason for the suspension, but I couldn't find anything confirming that.

In fact, I found a quote of Beverly's directly disputing the academics story:

"It had nothing to do with academics," Beverly said. "I violated NCAA rules and what happened went over the coaches’ heads. A lot of people thought it was because of grades, but I go to class every day.  I’m going overseas for a year and hopefully I’ll be able to come back and get picked in the draft.  This was hard because I was working out with the team every day and getting ready for the season."

Another solid season while playing in the Ukraine and Beverly was ready to enter his name into the NBA Draft.  The Heat could potentially use him as a point guard or a shooting guard, as he has good ball handling skills and can shoot the ball, especially off the dribble.

Here is an interview with Beverly from a couple weeks ago at his home gym in Chicago (hmm, not a bad thing to have in common w/ D-Wade) 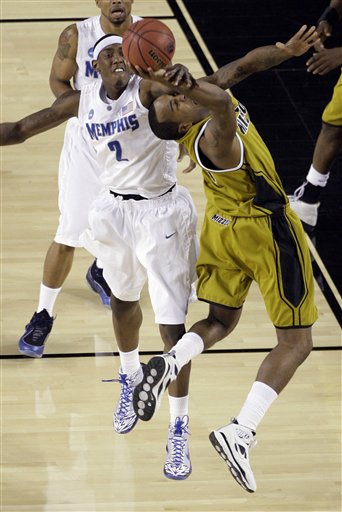 Robert Dozier had a very successful college career with Memphis, highlighted by their 2008 trip to the NCAA Championship game.  A 6'9" power forward who can shoot...sound like anyone you know?  Robert has range that should transfer well to the NBA, as will his hard work ethic.  He is at his shooting best when his feet are planted, but he's had trouble when rushed or forced to put the ball on the floor.  His senior year he raised his field goal% from 44 to 51% due to better shot selection and showing restraint from taking 'wild' looks at the rim. He also averaged 1.6 blocks/game...nice.

His character and intelligence have been questioned in the past, with one thing in particular standing out.   There were many reports (from ESPN, FoxSports etc) that it was proved Dozier cheated on his SAT's, and because of his he was rejected by several schools.  He eventually took the SAT again, this time scoring a 720 (540 points less then his last test)