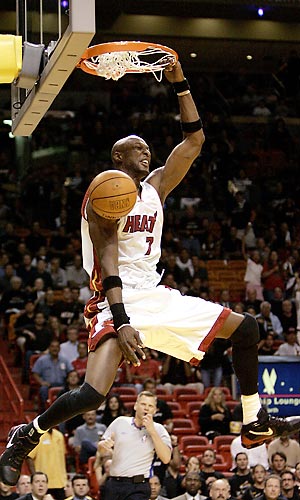 It's coming out that multiple sources close to Lamar Odom say that he is leaning towards signing with the Heat after the Lakers 'new offer' was supposedly lower then their original 4-year $36 million offer that they withdrew. Remember, the Heat still have a 5-year $34 million offer to Odom and add to that the fact that Odom won't have to pay a state income tax in Florida which will equal more money for Lamar as well.

This would be an amazing turn of events for the Heat and their leader Dwyane Wade, who has been openly campeigning to bring Odom back to Miami, where he apparently made a friend for life in Wade during the all-star's rookie season.