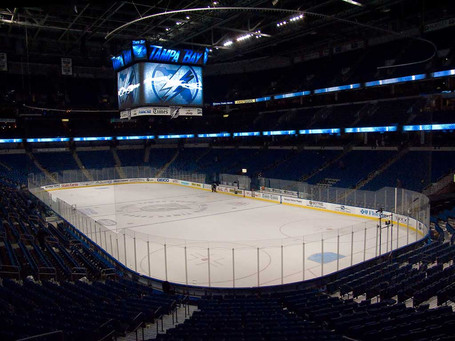 The Ice at the St. Pete Times Forum says 'NAH' to the Heat and Magic game

Apparently the St. Pete Times Forum crew couldn't fix the problem that was causing the basketball court to be slippery and moist, and now the Magic and Heat will miss their final preseason game. Orlando had their shootaround shortened due to the court issue but arena officials were hopeful that the problem could be solved before the scheduled 7:30 tipoff. Well I guess when 7pm rolled around and the court wasn't playable the obvious decision was to cancel the game and not put any players in harms way.