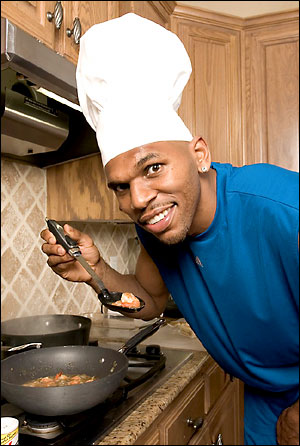 As reported by Chris Broussard on ESPN.com, sources have told him that Jerry Stackhouse worked out for the Heat while they're where in Atlanta to play the Hawks. Stackhouse had been spotted in attendance at the game and has shown strong interest in joining the Heat repeatedly this summer. Latest reports have Stackhouse on a 10:00 PM flight heading to Miami from Atlanta at this moment. The Heat were scheduled to take the day off on Saturday due to what was thought to have been a back-to-back set of preseason games. Sunday's practice will also feature Dwyane Wade who is now saying he's ready to go for the season opener against the Boston Celtics barring any setbacks. Stackhouse's signing likely means Patrick Beverley, Da'Sean Butler or both will be cut to make room before final rosters are set on Monday.