Roster Poll: Who do you think should get the Heat's final roster spot?

Share All sharing options for: Roster Poll: Who do you think should get the Heat's final roster spot? 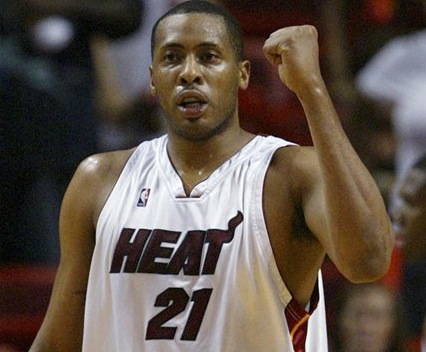 We're about 24 hours away from the deadline for teams to get down to the 15-man maximum for NBA rosters. The Heat currently sits at 17 players after signing Jerry Stackhouse yesterday, and the question remains ‘how long are they going to take before making a decision'?

There is a possibility that Pat Riley is seeking a trade to unload one of the potential cuts for a future draft pick, something that I'm sure more then one team is looking in to. In the meantime, lets just take a brief look at the 3 ‘bubble guys' and you can vote on who you want the Heat to keep.

Patrick Beverley- Was arguably the best player for the Heat during the summer league. Always hustles when on the court and has a natural ability on defense, but still a bit rough around the edges against NBA talent. That was shown during the preseason. Also, his shot needs some work, but that can be said of most young players.

Da'Sean Butler- An amazing college talent who had a great final season at West Virginia before being injured during the Final Four. Had he not been hurt, odds are he would've been a lottery pick...but instead the Heat 'stole' him in the 2nd round. Obviously there is a big upside with Butler, but he hasn't been able to practice yet with the Heat so there are no guarantees with him. Is the final roster spot worth taking a chance on this kid?

Jamaal Magloire- Has been a vocal leader and mentor for the Heat since arriving back in 2008. He plays tough in the paint and can get those coveted ‘big guy' stats that the Heat have been lacking from the center position during the preseason. Still, he isn't likely to get much playing time if he makes the roster due to being the 3rd center on the depth chart and the Heat often rotating their power forwards to play center. His value is more behind the scenes then anywhere else, but is that leadership necessary with this star-studded version of the Heat?