Heat look to knock off Jazz in rematch

Share All sharing options for: Heat look to knock off Jazz in rematch 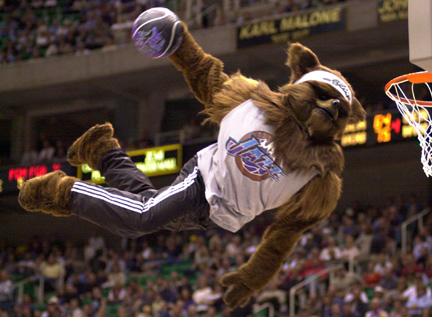 The Heat enter their second contest of this 4 game road trip on a 5 game win streak. As of late the Heat seem to be clicking more than ever. Wade has finally found his shot the last few games while also contributing in the rest of the box score. It seems Wade and LeBron are starting to Coexist on the court much better. I have seen a few more 2-3 pick and rolls (which we didnt see any of in the beginning of the year). I think if they can work on those a lot more it can be a deadly offense to defend. Chris Bosh has become Mr. Consistent the past few games. His jumper is hitting and with his new found pump fake he is drawing defenders to just fly by him. I have also noticed the bigs are doing a good job of tipping the ball out on offensive rebounds. Juwan Howard and Erick Dampier are to credit for that.
Now the Heat rolls into Utah to try and get revenge for the meltdown loss at the AAA a few weeks ago. The Heat shouldnt need any extra motivation for this game after blowing a 22 point lead at home. Maybe tonight we'll defend Paul Millsap who went off for a career high 42 points last game. I have a feeling he wont have the same kind of performance tonight. The Heat have won four of their last six visits to Utah, and have won five in a row overall.
Tipoff from Energy Solutions Arena is set for 9:00. If you want to go to the game but don't have tickets, don't forget about Peninsula Is Mightier's new partnership with TiqIQ that not only helps you get tickets right here on PIM but they also search through several ticket selling websites and finds you the best deals out there.  Click here to see what's available.