The game got off to a very slow start as both teams seemed to be feeling the other out.  Boston started the game 2-of-8 from the field, but the Heat couldn't get anything more then an early 4-point lead.  The Celtics started moving the ball better on offense, assisting on 7 of their first 8 buckets. Miami kept pace though, down only 1 after 1.

Eddie House put on a little show early in the 2nd, scoring 7 straight points for Boston.  D-Wade then responded by getting the Heat three straight scores, putting in two himself and assisting on the other.  It was actually a very solid quarter of basketball, and it appeared to end on a high note when Super Cool Beas hit a trey with 2 seconds left to tie the game at 51.

Rajon Rondo then took the quick in-bound pass and ran down the floor to chuck up a desperation half-court at the buzzer.  For whatever reason, Daequan Cook took it upon himself to contend the amazingly low percentage prayer of a shot and ended up fouling Rondo, who hit two of the three freebies.

Rafer Alston hit a trey to open the 2nd half; he was in the midst of possibly his best game in a Heat uniform.  As I watched the 3rd quarter I was beginning to get pretty annoyed with some of the calls that Boston was getting.  Several times there were foul calls with literally no contact; call me crazy, but if the referee is going to miss calls shouldn't they be missing them in favor of the worse team?  Maybe blowouts by the top teams is what David Stern wants...who knows.

Miami came into the final quarter with the game tied, which means that our boys had the opportunity to steal a win in Boston and all they had to do is win just 1 quarter.  A very reasonable task, if you ask me.  A fun exchange with the Heat down two; Daequan misses a wide open trey and then Boston comes right down and Ray Allen drills an equally open triple.  Ahh, to have a guy who could consistently hit outside shots.  Wouldn't that be nice?

So yeah...I said the Heat were down by 2 when Cook missed that 3-pointer.  Boston then went on a 9-1 run and suddenly had a 10-point lead.  It's amazing how Miami's 3-point shooting got progressively worse as the game went on.  2-of-3 in the 1st quarter, 2-of-4 in the 2nd, 1-of-5 in the 3rd and at this point in the game they were 0-for-3 in the 4th.  Apparently the only way to come back from a reasonable 2nd half deficit is to keep chucking up those triples.

Of course, as I was typing that D-Wade hit a 3 coming out of a timeout.  And just to drive the point home, Quentin Richardson buried another three shortly after.  Not that it helped, as bad D and turnovers kept Boston's lead heading into the final minutes.  Down by 5 and with the ball, D-Wade made yet another dumbass behind the back pass while he was covered by 3 guys which of course led to a turnover and an easy layup for the other team.

Udonis completed a sick and 1 play that brought Miami within 4 points with about 2½ minutes left.  They got the ball back and got J-O a great look but nah, came up short.  Q hit a big trey on their next trip down the floor (the chucking continues), and the Heat were down just three in the final minute.  Back-to-back possessions had the ball in D-Wade's hands and he really looked like crap.  The first time he went full speed at the rim but tried hitting a shot off glass and it didn't come anywhere close, then the next time he just lost the ball trying to split a few defenders.

The bottom line is, the offense just looks lazy.  Give the ball to Wade, who doesn't look anything like the ‘drive first, ask questions later' player that made him into the superstar that he is.  Wade covered?  Quick, get behind the 3-point line and shoot shoot shoot.  All I can think is that a team is a reflection of their coach, so what the hell are our coaches working on with this team?

I'm getting sick of the decision making of Dwyane Wade.  He used to drive all the time, now he seems content with putting up jumpers and long layups.  Also, what's up with the lazy and stupid passes late in games?  Again last night, with the game in the balance, Wade turned the ball over with a very ill-advised behind the back pass.  I don't care if he is our best player...he is getting lazy and someone needs to call him out on it.  I doubt anyone will, though. 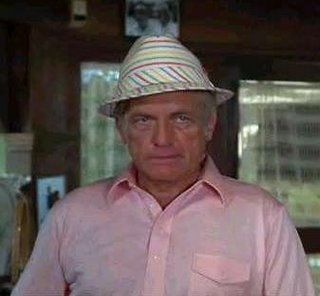 Off to Cleveland for a game against the NBA's best team tomorrow night.  Forgive me for not showing more excitement, but can you blame me?  Yay...LeBron.  Yay...Shaq.  Better?