Series Recap: By the Numb3rs

Share All sharing options for: Series Recap: By the Numb3rs 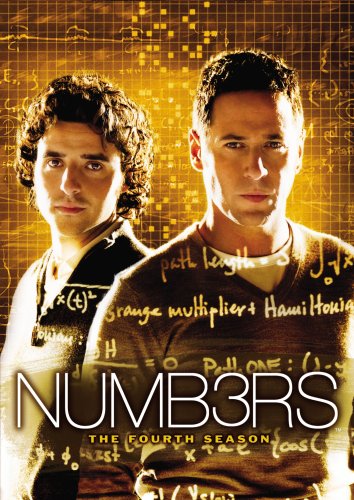 Perhaps the one on the left could come and work for the Heat. Special statistical consultant?

A stat sheet doesn’t tell you everything, but as I found out when I looked at key stats from our 1st Round matchup with the Boston Celtics, stats sure can tell you a lot.  They key areas I looked at were points scored, rebounds, turnovers, 3s made, FG%, and Jermaine O’Neal’s production (or lack thereof). Follow the jump to see what the numbers show.

Points
The Miami Heat were outscored by a total of 41 points for the series. Discard Game 2, and things are much closer. Average point production per quarter for the Heat: 26.6 in the 1st, 16 in the 2nd, 24 in the 3rd, and 21 in the 4th. The anemic 2nd Quarter numbers must be addressed, either by picking up a free agent to be the scorer off the bench (a la Jamal Crawford in Atlanta) or by promoting Diamond Rio into that responsibility. Of the 20 quarters played the Heat only beat or tied Boston in 8 of them. Game 4 was the only game in which we won the 1st and 4th Quarters, and—perhaps coincidentally—was the only game we won.

Rebounds
The Celtics outrebounded us by 10. We won the rebounding battle in Games 1 and 4 and tied Boston in Game 5.

Turnovers
The Heat turned the ball over 7 more times than did the Celtics. The only game we won the turnover battle was Game 4. Yes, that Game 4 thing will become a trend.

3s
The Celtics hit two more triples for the series than did the Heat. Boston shot a little better percentage-wise from three and made those timely ones.

FG%
Boston shot better than 44% in all five games. The Heat only shot better than 40% in the two home games (in which we actually shot over 50%), which were the only two games in question in the final minute. Dwyane Wade shot at a torrid clip for most of the series. The rest of the Heat managed to shoot just under 40% for the series. The only two games in which the rest of the guys eclipsed the 40% mark? You guessed it—Games 3 and 4.

Jermaine
JO totaled 21 points, 28 rebounds, and 10 blocks for the series. Monster numbers if we’re talking one game. Heck, even if we’re talking two. The problem is we’re talking five games. His averages were 4.2 points, 5.6 rebounds, and 2 blocks on ice cold 9 for 44 shooting (just under 22% from the field). The only game Jermaine shot better than 30% in was Game 4—yes, the game that was the model for how the Heat would have had to play to win ANY game against the Celtics—and he only took three shots in that game.

Summer came early for us, but a busy offseason leading to a return to relevancy is just beginning.