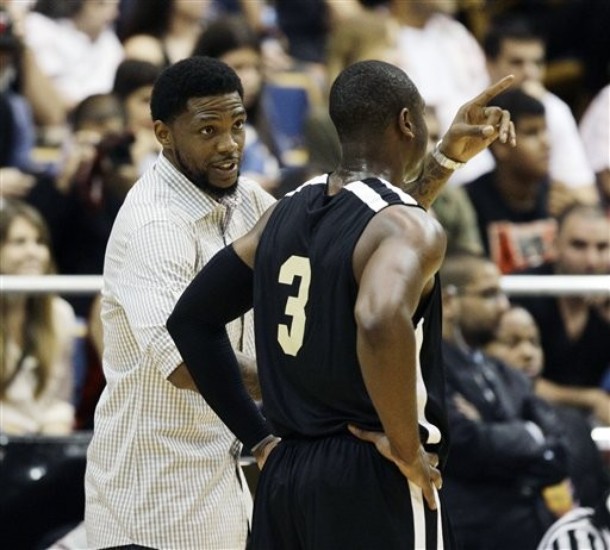 Seeing Udonis Haslem in street clothes for the South Florida All-Star Classic this past Saturday and coaching Team Wade instead of joining his fellow NBA players out on the floor wasn't what Miami Heat fans wanted to see after his brave return to the team during the NBA playoffs. At the time, he wasn't fully recovered from his foot injury that forced him to miss 69 regular season games and needed follow-up surgery once the NBA Finals ended.

But fear not, as Haslem confirmed on his just-created Twitter account that he's been cleared by doctors to resume normal basketball activities.

All we need now is even better news to come out today that Haslem can actually play professional basketball with his Heat teammates. Hopefully David Stern and Derek Fisher can help with that.


And be honest, you initially didn't recognize him on TV without those braids, did you?