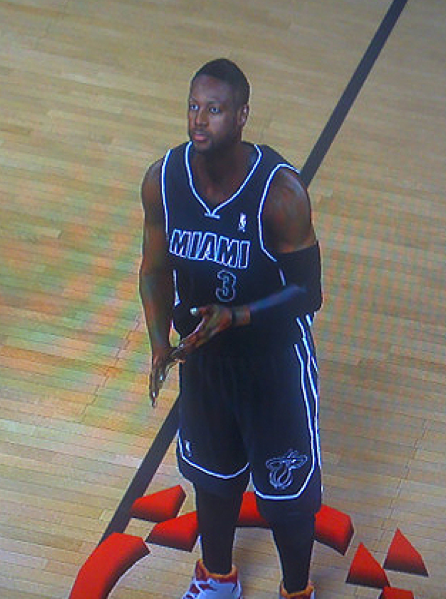 This morning the great Paul Lukas of Uni Watch published this post about possible new NBA jersey leaks. The Heat have had the same home/road uniform set (save for switching the logo from righ to left on the shorts) since the 1999-2000 season, and have had the red alternate, which is the same template as the home/road set, since the 2001-2002 season. Change has not been common with the Heat, so I was surprised when they were included in the Uni Watch post. Now, Paul does go out of his way to say that the jerseys are from leaked video game images, and that they may not be real. But he also says, "most of these video leaks in recent years have proven to be pretty accurate." So there's a chance these puppies are for real.

Now, the image should be familiar to Heat fans, particularly those who attended multiple games this past season. The two-tone black and whie jersey was a staple of Heat giveaways this season. Take a look: 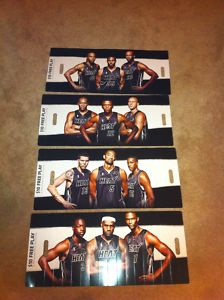 The Heat have also been selling the black and white themed jerseys for a while now. They must be popular, because the only adult sized jersey that remains is Chris Bosh. The only difference between the jerseys that have been on sale and the ones that have been leaked is the wordmark. The current jerseys for sale say "HEAT" while the leaked alternates read "MIAMI," which is only used on the red alternate jersey.

It would be great to know if these were real or not, but there's something preventing us from knowing anything at all. I am not a fan of the new leak jerseys, but I've always been partial to the original Heat jerseys and would have preferred a throwback being inserted into the regular rotation. What are your thoughts? Let us know whether you're a 'yay' or 'nay' on the new threads down in the comments.