Share All sharing options for: Miami Heat to add new uniform to rotation whenever lockout ends 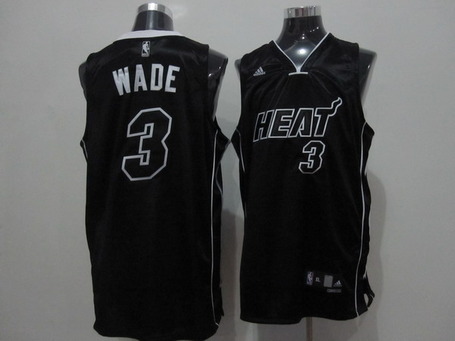 The team has also always sold a variation of different color jerseys as well as throwbacks, so that Heat fans could have an extensive variety of wardrobe choices to represent the team. One popular choice of fans is the plain black and white jersey with no colors at all. I've seen fans wearing these jerseys not only at games but all over town.

It seems that the Heat have noticed this as well and they are doing something about it. The team has confirmed that the black and white uniforms will be worn during games whenever the NBA gets a season going. Whether that is this season or not is yet to be seen, but now we know that there will be a 4th uniform set in the Heat's rotation.

It seems that fans first got wind of this while playing the new NBA 2K12 video game. Apparently in the game, you can choose the black and white jerseys as an alternate uniform for the Heat. While playing in the game you can have Miami wearing these jerseys for all 82 games of a season, in reality the team will only wear them for a handful of select games.

Below you can see an image of how they look in the video game... 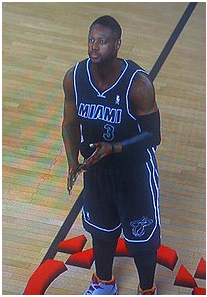