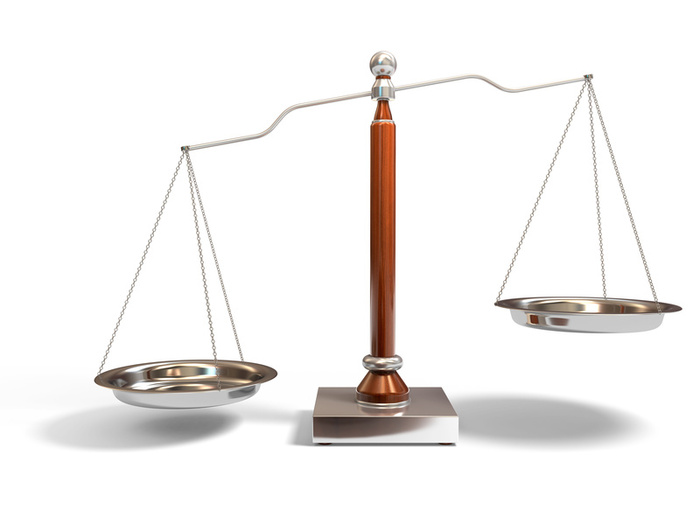 Throughout the NBA labor negotiations, the owners have thrown out the terms "competitive balance" and "parity" repeatedly. They claim to desire a system that offers such balance, one resembling the NFL. It is really just a red herring. The negotiations have been, and will continue to be, about money. This includes the BRI split and the hard or soft cap. But, since there’s no basketball going on, let’s wander into the magical land of the small sample size fantasy world known as the NFL season.

For a handful of years in the 90s, the NFL had 30 teams split into six divisions (aka what the NBA has today). During this period, the NFL used a somewhat complex formula to schedule all of it’s games. The process gave a somewhat favorable schedule to the teams that underperformed the season prior, while still attempting to have some semblance of uniformity. Despite the NFL’s efforts, the schedules were very imbalanced.

Using the 1997 NFL standings coupled with the 1998 NFL schedule, I have attempted to recreate the 2010-2011 NBA season.  The current divisions remain intact, and the result is a 16 game season.

To get started, I assigned each NBA division an NFL division.  I did it the simplest way possible; I just matched them up as they appear on ESPN.com.  As such here are the pairings: AFC East and Atlantic, AFC Central and Central, AFC West and Southeast, NFC East and Northwest, NFC Central and Pacific, and finally the NFL West and Southwest divisions.  The teams were matched up according to the final standings of the 1997 NFL and the 2010 NBA.  For example, the Seattle Seahawks finished 3rd in the AFC West, while the Heat finished 3rd in the Southeast division.  As such, I based the 2011 Heat schedule off of the 1998 Seahawks schedule.  Every division foe was scheduled twice, two teams from each Eastern Conference division were scheduled, and four teams from a Western Conference division were scheduled.  Remember, this is all a reflection of the Heat’s finish for the 2010 season.

Once every team had a full schedule, wins and losses were determined by 2010-2011 head to head matchups. For every matchup I used the first instance of the specific game type occurring.  For example, the LA Lakers and Golden State Warriors are both in the Pacific division and play each other four times, but I only need two results.  For the LA home game I used the result of the first Lakers-Warriors matchup of the season (Lakers win 107-83 on October 31, 2010).  Because I use this method, the season doesn’t move in chronological order and doesn’t take injuries into effect.  None of that really matters for this fun exercise though.  The game by game scores and schedules can be found here.

After going through each team’s schedule, here are the resulting standings:

All of the NFL tiebreakers were used to settle division and conference standing.  Using the NFL scheduling model, the Eastern Conference still had seven of the eight teams that actually made the postseason.  The lone newcomer was Detroit (!) jumping up into the 6th seed (!!!???!!!).  The seeding at the top and bottom of the postseason teams changed some, but nothing that is too difficult to comprehend.  The Western Conference is all kinds of crazy.  The Suns, Jazz and Clipper all jump into the playoffs, with the Blazers, Grizzlies and Hornets bowing out.  Dallas fell to the 6th seed based on multiple tiebreakers, they could have finished as high as 2nd.  Essentially, all hell broke loose.

So, what follows are a few alternate timelines.  I attempted to play out the playoffs NBA-style: eight teams with no reseeding.  Here’s how it played out:

The resulting NBA Final would be between the Celtics and Spurs, not outrageous considering where things stood before the actual postseason.  In fact, none of the upsets would be shocking in a one game sample.  Overall the season had more “parity” in that the Pistons, Clippers, Jazz and Suns grabbed playoff spots.  But generally, the teams thought to be strongest heading into the season performed as such.  I believe this is fairly similar to the NFL today.  There were a few playoff upsets, but not many, and two of the better, more established teams won out.

Now, the NFL playoff format is wildly different from the NBA format.  It features only six teams, byes for the top seeds and reseeding.  Running the teams through the same process as before, here were the results:

This would be the pure NFL outcome.  The only difference is the disappearance of the 76ers, Knicks, Jazz and Clippers.  Nothing else changes, and the championship game would still be between the Celtics and Spurs.

This exercise really didn’t really have a severe effect on the upper echelon teams in the NBA.  What I did find was the emergence of a few playoff surprises, which I guess fits the bill of “competitive balance.”  One game sample sizes can often provide fluky results.  While they didn’t occur in the quick postseason simulation I performed, they could happen in real life.  If the NBA wants true parity, they should cut the season down to 16 games, with one-game playoffs.  That’d produce Cinderellas and underdog stories.  It would also produce terrible basketball that would often times lack commercial appeal.

This was all in good fun, and if you have any suggestions please do not hesitate to make them.  Follow me on Twitter at @DannyMartinez4