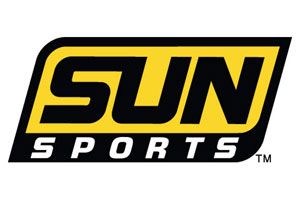 Sun Sports are reacting to the lockout by doing what everyone else with NBA broadcasting rights has been or should be doing while fans should be enjoying the preseason - airing repeats. Hey, you want Heat basketball on TV or not?

SUNRISE, Fla. -- With the memory of one of the most unforgettable basketball seasons still fresh in the minds of Miami HEAT and Orlando Magic fans, FOX Sports Florida is proud to announce the premiere of "HEAT Classics" and "Magic Classics" on Sun Sports, beginning tonight, October 25, 2011 at 7:00 p.m. with the HEAT’s first regular season win in 1988 and tomorrow, October 26, 2011 at 6:00 p.m. with the Orlando Magic’s 1989 NBA debut.

Each set of classics will take fans down memory lane with 10 of the most memorable games for each team starting with the franchise’s earliest days. Fans will be able to reconnect with the foundation of their favorite sunshine state basketball teams and give hoops enthusiasts young and old a chance to see their team’s greatest moments and victories.

HEAT games will include commentary and reflections from the team’s Emmy-Award winning broadcast talent as well as guest appearances from various HEAT personalities who played a part in the particular showcase game. Select players from each featured game will also be highlighted in several ‘Where Are They Now?’ segments.

Magic games will feature the broadcast tandem of David Steele and Matt Guokas, as they relive some of the greatest moments in Orlando Magic history. They will be joined by a variety of guests and Magic greats who have contributed to the team’s success through the years.

All games will air on Wednesday nights on Sun Sports, with the exception of the "HEAT Classics" debut tonight.

Air dates and times for each team’s first installments include: