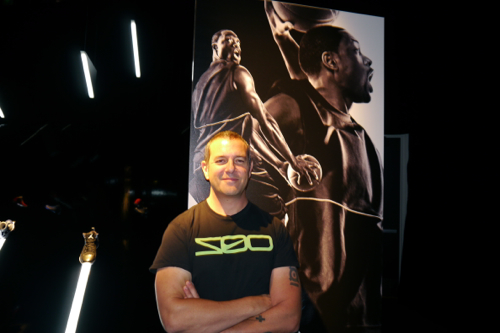 Jordan Brand graciously invited Hot Hot Hoops to take part in the unveiling of their upcoming holiday lineup at Nike HQ in Beaverton, Oregon where Fly Wade designer Mark Smith was personally on hand to showcase the upcoming Fly Wade 2 and discuss the new features that the shoe is equipped with. Smith took some time after the presentation to speak with HHH about the collaborative process between Jordan Brand and Miami Heat superstar Dwyane Wade.

Chris Paul and Carmelo Anthony's signature shoes have their own certain look to them. Of the Jordan Brand athletes, Wade's game most resembles Michael Jordan's, so it's seem fitting that it has a certain classic Jordan shoe look to it.

You know, maybe it’s just out of the fact that I was designing it and I have such a long heritage in the Jordan legacy of shoes and having been working with Tinker (Hatfield) and MJ for so long there’s some things that I naturally go to. But they are not at the expense of the athlete, they actually enhance it, kind of like what Dwyane brings to the brand actually. So I think it’s a little bit of everything. 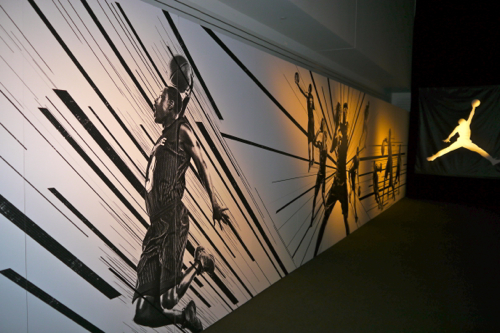 What kind of feedback did Wade give you after actually playing in NBA competition with the first Fly Wade?

He loved the weight, the fact that it was super light and he said if we could bring the height of the collar down slightly and we reacted to his input. He liked the fit and feel of the 1 but he said, "When we go to the 2, let’s sleek it down a little bit, let’s bring it down." And I said great. That’s going to allow us to keep things a little lower, a little closer to the floor and a little less material to work with. Obviously, I’m going to try to pull every possible gram out of that product without hindering the stability of it and the collar height was a big part of it. And also, yeah, it kind of has a Jordan-esque feel to it. I can’t help it! (laughs)

How many different logos did you send to Wade and how much input did he give on it?

I will say over 500 directions and over a year and it was a fun process. I stick to the fact that we worked until he was happy and until we were happy. And when we found that one direction we obsessed on that one. Yeah, it’s a simple logo but I like to say that sometimes less is more difficult. So it was a good thing to do.

Wade is known for being a sneakerhead, is always asking for prototypes and one-offs?

Yeah, but you know what? He’s actually really respectful of our time and knowing that what we’re doing now is really on increasing the benefits to his game into the fit of his shoe. I think he knows - we spend all this time doing these one-offs for him we kind of get derailed from what we’re really doing. But now, I will say that once we had the 1 in the can we went to the roof with plenty of versions and plenty of colorways so we’re looking forward to doing that with the 2 and obviously as we get into the 3.

With all the cutting and attacking that Wade does, how important is the court traction with the new sole of the Fly Wade 2?

It’s extremely important. Obviously we’re super confident in what we put together, not only from a design standpoint and from a functional standpoint, but overall. There’s a great traction element that we wouldn’t be doing our jobs if we didn’t give him everything possible and we delivered on that for sure. 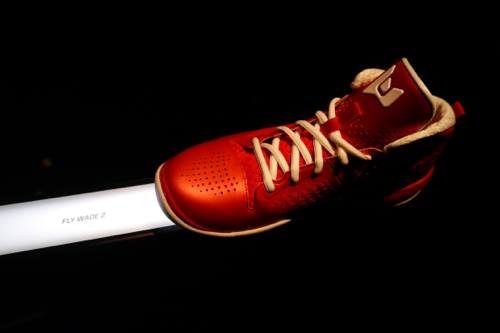 Did you actually look at game footage of Wade wearing the Fly Wade 1 and used that to work on the 2?

Yeah, there’s something to seeing it but there’s also there’s more to the conversation with Dwyane himself and making sure that we’re getting not just what I see but what he says. It’s like a mix of those two. How do you blend those? I think we’re in a good cadence with that and I think we’ve got a good relationship. I’ll take his word over what I see because I may be seeing something differently than what he’s actually giving me. So it’s a good blend between the two. 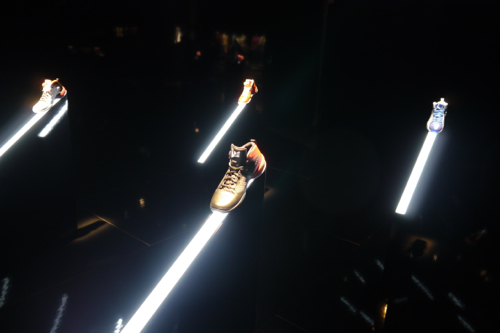