Arison Fined 500K But May Have The Last Laugh

Share All sharing options for: Arison Fined 500K But May Have The Last Laugh 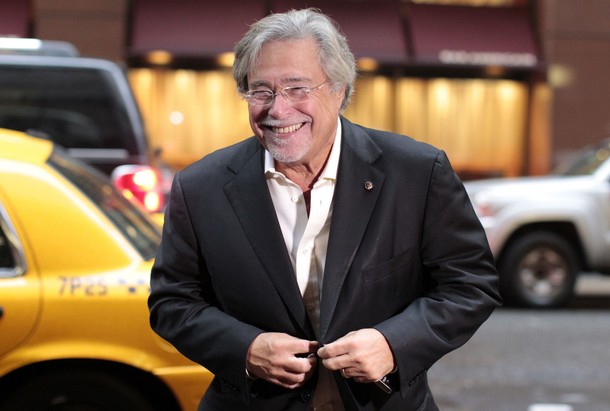 No surprise here but Heat owner Micky Arison will reportedly be fined $500,000 by the NBA for his refreshing honesty in his months-old Twitter account. Pretty much everyone by now has heard of the exchanges he had with followers after negotiations between his fellow owners and NBA players ended without a labor agreement.


The $500,000 fine, first reported by Yahoo! Sports, is five times the amount other owners have previously been fined for public comments about the ongoing labor situation.

According to multiple league sources, commissioner David Stern was lobbied by some of Arison's fellow owners to levy the stiff fine. Arison and several of his peers have been at growing odds as the lockout has deepened -- a rift which spilled over into cyberspace last week.


Hmmm, I wonder if Dan Gilbert was one of the owners crying, I mean lobbying, to Stern for the fine? The truth is, for a guy that's worth billions this might turn out to be a worthy investment.

Just last month, the Twitter newbie ruffled plenty of feathers in the media and with fans when he was guilty of being hungry and on the lookout for a good steak in Seattle after a round of negotations broke down between players and owners. Apparently he should have gone to Taco Bell instead.

But his image took a big boost with his apparent confirmation that there is indeed a divide between owners of big and small markets by defending himself on Twitter by claiming a fan was "barking at the wrong owner." What was long suspected, and denied by commissioner David Stern, is that the owners aren't as unified as the NBA would like it to appear. Owners like Arison, James Dolan, Jerry Buss and Mark Cuban likely want this lockout over with immediately and get back to raking in their revenue with their lucrative teams. It's obvious that these businessmen could easily afford the difference that is separating the two camps that's holding up a new labor agreement and above all do not want to lose the support of their fans/customers.

Even better, if Arison is indeed willing to spend over the new salary cap - luxury tax be damned - and put the right pieces around his three stars, his recent tweets could have earned some goodwill among the players as well and could help out once free agency starts up. The small market owners not willing to bend to players and have chosen to take a hardline approach during negotations will have to then turn around and convince these same players to sign with them once business begins again. Other teams with owners with big pockets may also enjoy a clear advantage during free agency as well as they won't have the perception of appearing to be a cheap franchise.

Time will tell, as long as there's no lockout of course.