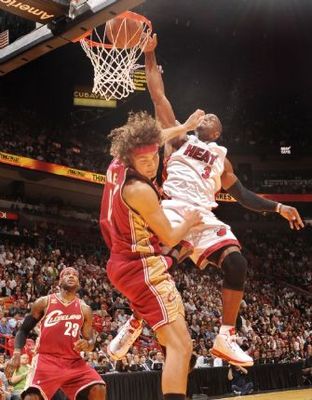 Earlier today the National Basketball Players Association decided to file a "disclaimer of interest." In short, the union is no longer a union and is now a trade organization. What does this all mean? Well, nobody really knows. Hopefully we'll have a better grasp in the coming days what exacty is going on. Until then, think happy thoughts...

Dwyane Wade on the "Art of the Windmill Crossover":


Dwyane Wade crossing fools over (the best is Ricky Davis):


Dwyane Wade telling you who's house it is:

And finally Dwyane Wade putting teams to sleep (some NSFW language in the song accompanying this video):

Hope this helps some.

Sorry for the delay on the other stuff I've been promising. Other things have gotten in the way. They'll be up soon.