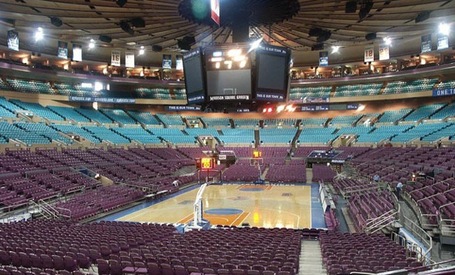 Right about now the Miami Heat should be kicking off their season in New York at Madison Square Garden against the Knicks. Instead, even though we've known that the beginning of the season was not going to happen tonight, the lockout really feels official now (at least for me) because at this very moment we should be watching the Heat play the Knicks.

However, thanks to the NBA lockout, the only live sports we can watch tonight are some unranked college football teams on ESPN or one of the three NHL games on the schedule. I will give Sun Sports some credit because they are playing some ‘classic Heat' games over the next few weeks, and tonight it's a game against the Pacers that took place way back in 1989 (yay Rony Seikaly and guys wearing way to short shorts).