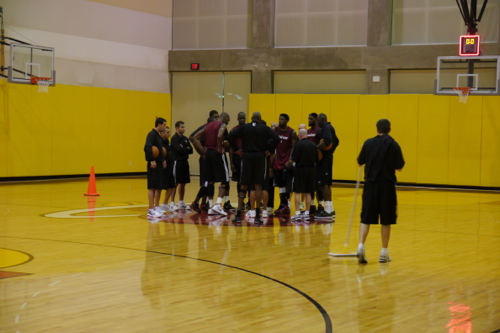 Heat basketball is back but you hardly knew it. Only six players dressed up for the first day of training camp while contracts and physicals were still being sorted out for a variety of other players.

Erik Spoelstra spoke first for the press. Here are some of his comments, unedited...

"We're going to have make some adjustments. There's no question about it. Our guys are very physically fit. They've done a very good job and have been very professional about keeping themselves active and fit. We're not in great basketball shape right now. That goes without saying. There's no way to do it other than getting on the court and playing. We're going to have to strike a balance between work and rest and being really smart about it. We'll also have to be patient. There's simply no way in a condensed format like this, in 17 days to get a team in as good as condition as last year. But that's what we're dealing with and everyone else is dealing with that. Like I said, our guys are very professional. I think it'll happen very fast to get them into basketball shape. 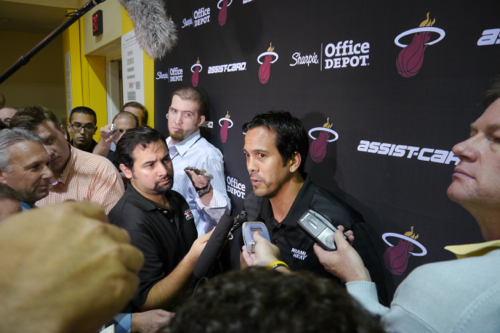 "We had about 70 practices last year, not even including shootarounds, if you take it all the way through the playoffs. That's still means something with this group. Okay, we've had almost six months off but that experience is invaluable. You can't fast-track it and we went through a lot of growing pains last year and really made tremendous strides. I'm hoping that a lot of those lessons that we've learned we'll be able to recognize much quicker this year and I anticipate that.

"I'm going to go much quicker in camp and a little bit less teaching of some of the minutiae that we spent on last year that we had to since we had so many new players, but getting into some of the big picture concepts that we were focusing on in the playoffs. We'll see how much they are able to remember. Part of my plan tomorrow is to go through a playoff practice and see how much they recall and that will tell me a lot of where we can go from there."

Next it was Chris Bosh's turn to face the huge media crowd.... 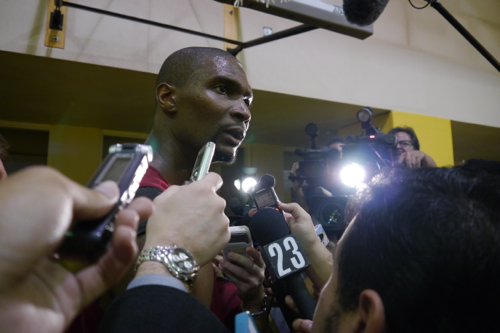 "It’s going to be a huge challenge for everybody. I know especially for us, we have to get guys signed, we have to take care of our business and then we have to get into the gym and really work hard. Make sure we get into best condition possible and start the season hitting the ground running. 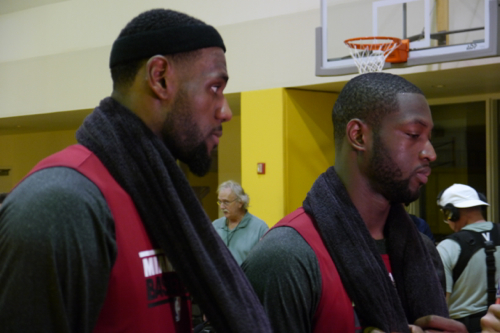 "You miss the smell of the gym, hearing the balls bounce, working with the coaches, you miss it," said Wade. "It becomes a family and we're just happy we're back.

"We'll worry about (the first game) when we get there. Right now, today is the first day and we got in the gym together and we broke a nice sweat. We'll get in here tomorrow and work. The 25th will come when it comes, we're not going to rush it. We're going to try to get better every day."

LeBron agreed. "It's good to be back on the court, get the balls bouncing, and see your teammates. It's a great day to be back. 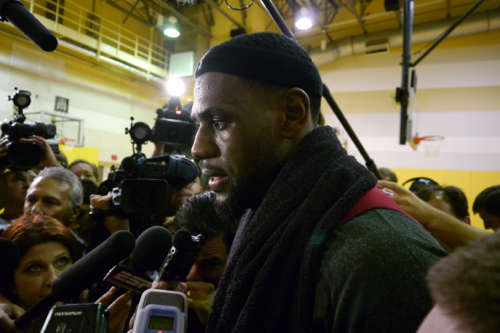 "I don't think it's an advantage for anyone missing training camp, missing these two and a half months. There's no advantage for any team. We would love to have had those months back where we could have come together as a team. We have the same time as everyone else has and our guys will try to work every day to get better as a team and be ready to play."