Share All sharing options for: Sheets Energy Strips And LeBron Want You To Direct Their Latest Commercial 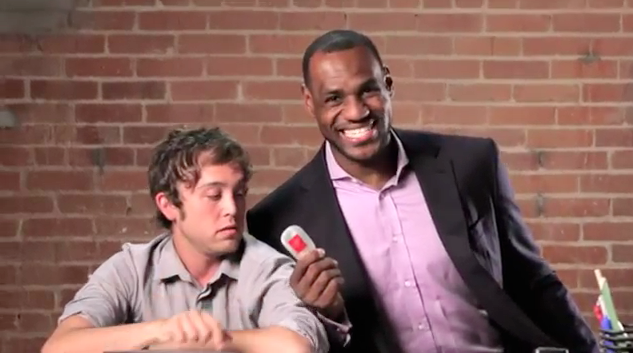 Sheets™ Brand Energy Strips, "the new way to do energy," announced a national Facebook competition to search for the brand's next commercial. Judged by basketball superstar and brand partner LeBron James and his Sheets™ Team, Sheets™ will turn over the creation of their new national commercial to consumers.

Starting right now, fans will have 45 days to submit their creative take on Sheets’™ highly publicized advertising campaign through the Sheets™ Facebook page.

Commercials will be uploaded to www.facebook.com/takeasheet and the top six spots as determined by the most number of "likes" after 45 days will be featured on the Sheets™ Facebook page in the "Finals." Then, LeBron James and his esteemed panel of judges will vote on the winning commercial.

LeBron will choose the final winner and the winning commercial will have their spot aired on national television and in movie theaters nationwide in 2012!

If you need some motivation, LeBron himself took a shot at making his own commercial which you can see right here.


So what are you waiting for? Get off the couch, take a Sheet and get cracking already!